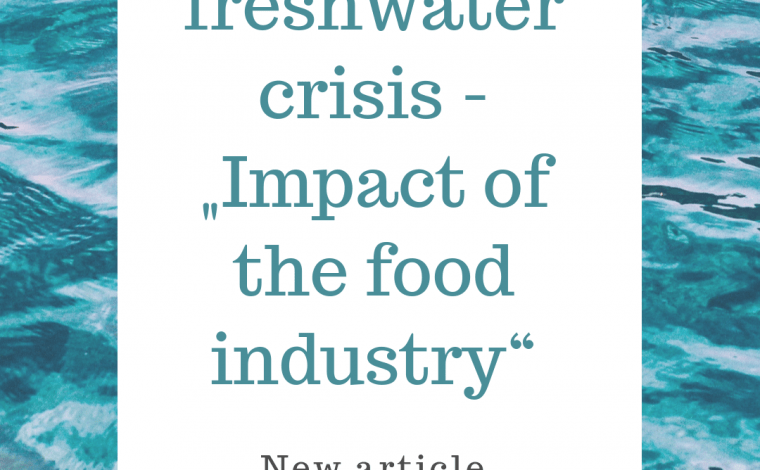 Turn on the faucet and clean water rushes out as much as we want, anytime we want.  Today 7 in 10 people on earth can count on having running water in their homes. The perception is that water is there in bounty-full amounts and everyone has access to it because he can turn a tap. That’s a big problem. Most of us have no idea how limited the resource water is, and about the factors which play the biggest role in freshwater overuse, and the possible shortage of it – a threat we should all know about. Read more in our Article about the impact of your consumption and the food industry.

Introduction to the freshwater crisis

It’s easy to forget that the quest for this has been one of the defining struggles of human history. Civilizations that harnessed water thrived. The ones that failed … fell.

Unless their water use decreased.

In fact, by 2040  most of the world won’t have enough water to meet demand year around. We’re facing a global water crisis and it’s getting worse. We are at a real inflection point where, if we’re not careful, we may actually get out ahead of our ability to manage it.

How have we built a world where we don´t have enough of its most valuable resource, and as this crisis grows, what will the new world look like?

Our earth – the blue planet. There is no shortage of water. We have 326 million trillion gallons of it. Water may freeze into ice or evaporate into the air, but it doesn´t leave our planet. 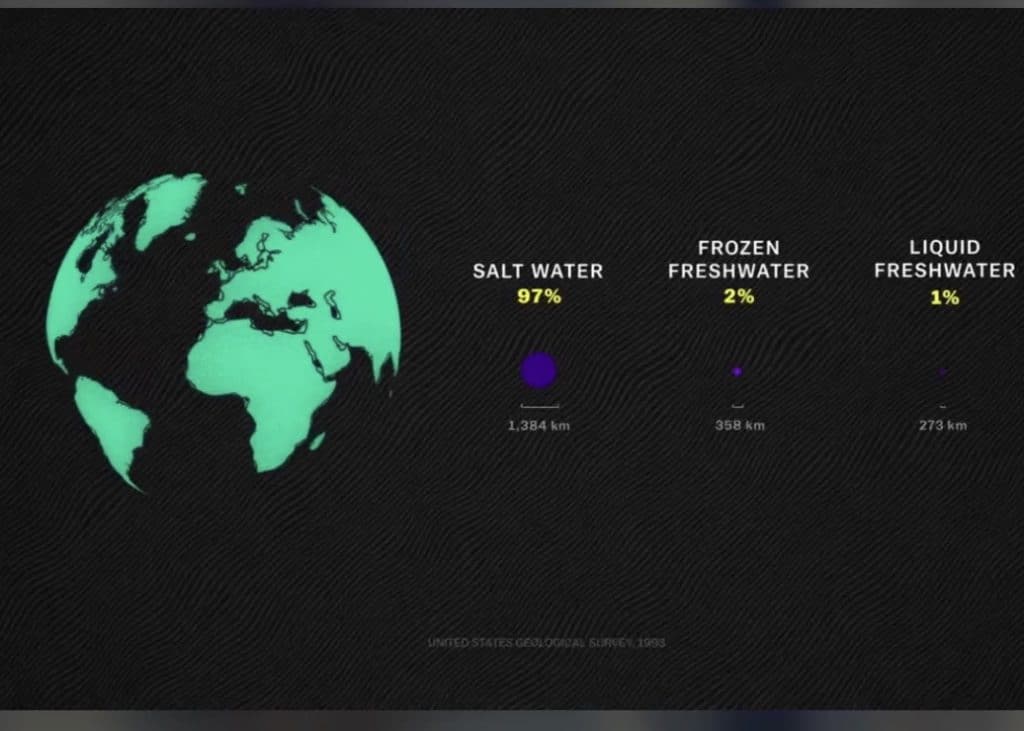 If you sucked up all the water on earth, it would fit into this sphere (picture 1). But 97% of it is salty and 2 % is trapped in ice at the poles, so all of the humankind relies on just 1% of that water to survive. 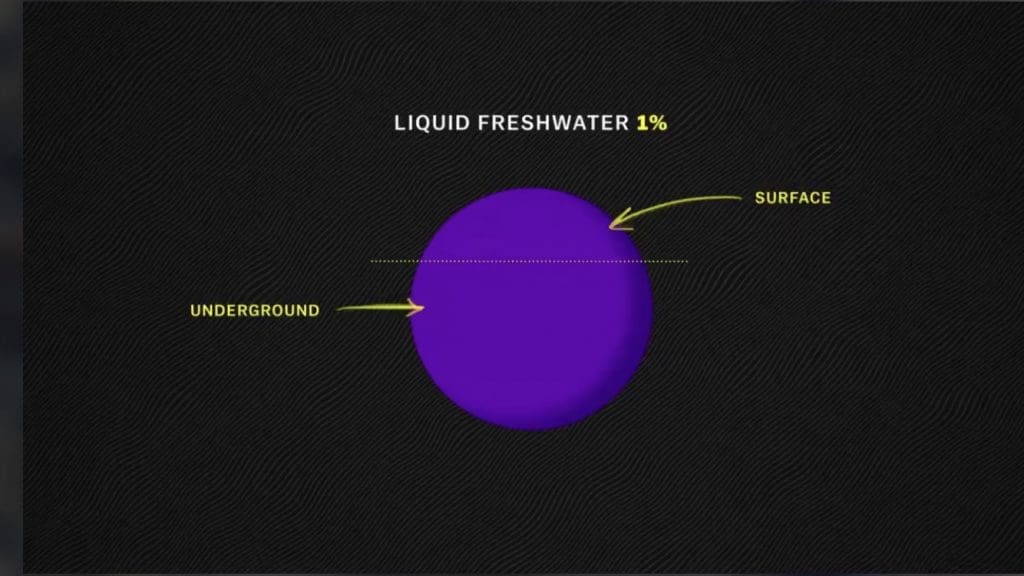 It also matters where the water is, that 1 % of Freshwater we rely on, most of it is underground and really difficult and expensive to get to. So humans have mostly settled close to surface water – like rivers and lakes.

Mexico City as an example

The Spanish which arrived around 1628 started draining the lake, Mexico City was built around. Over the next few Centuries that space was filled by people (now over 22 million). Mexico City gets more rain than London, but the lakes that would have collected the water are long gone. So the City floods.

They still need to pipe in, most of their water from other parts of Mexico or from underground. But there is a catch, those water deposits called aquifers have accumulated over millennia and they’ll take millennia to fill back up. To take out water from this deposits should be only in emergency cases and when severe drought occurs. 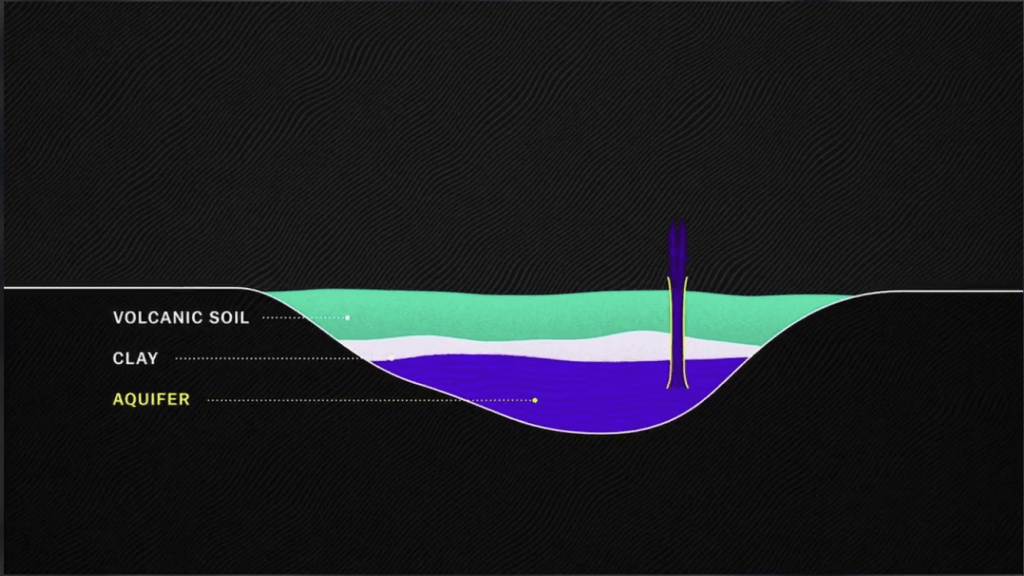 Mexico City is taking out around 50% of their current water supply from the local aquifer. That means that they will lose half of their water supply in the next 30-50 years.

The City is sinking 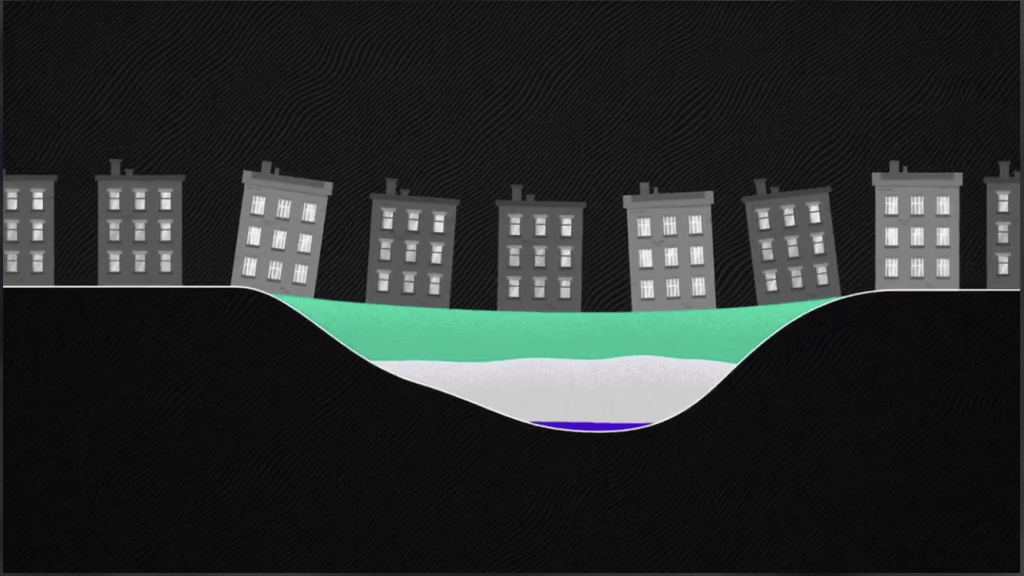 In some places as much as 9 inches a year. 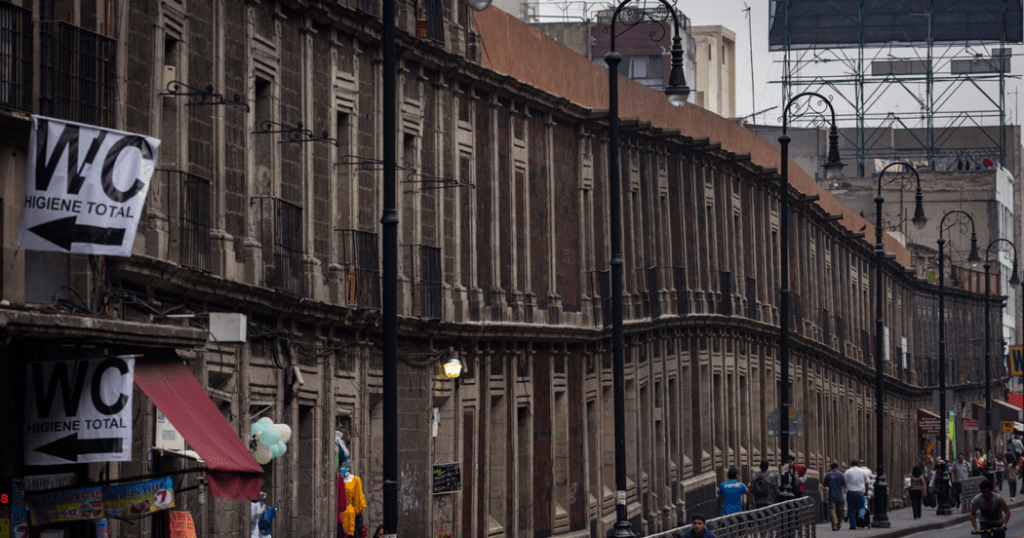 In most places, surface water is treated as a public resource, common and key to development. But our population grows, there are simply more people on earth every year consuming more water. 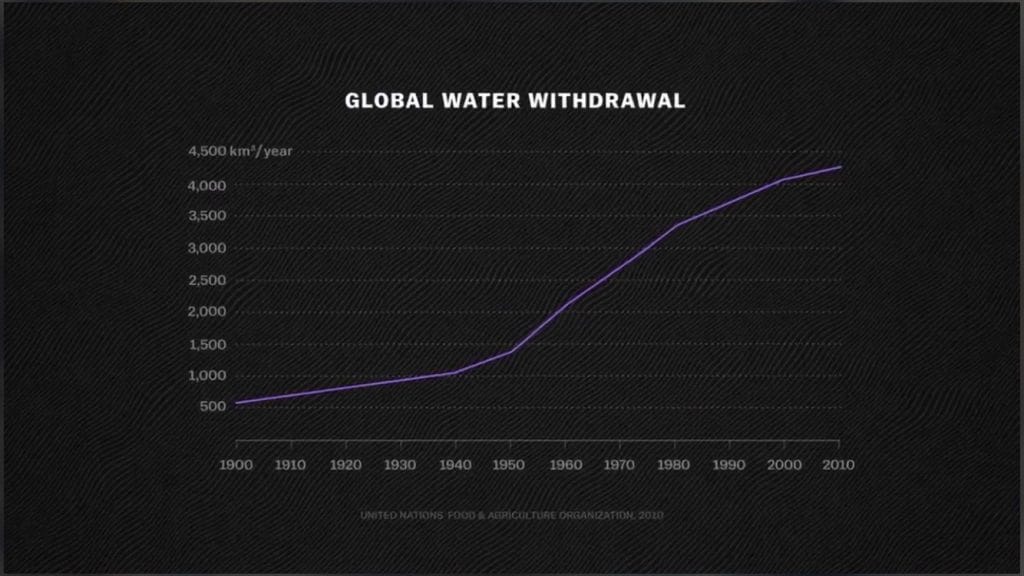 This Graph shows, that this Century, water consumption has increased 7x. And the rain and snow we count on to waters crops and refill lakes and rivers is getting less reliable. Climate change is making available water much more erratic. We are seeing areas around the world that are experiencing much more extended dry periods.

But the problem isn´t just that there´s more people on Earth using water, it’s all about how we are using water

But how do we use so much water?

But the drinking, washing and toilet flushing of every person on earth only accounts for 8-9% of our freshwater use per year (Worldbank, 2018).

Agriculture and the food industry – our choices

Most of the water goes to agriculture 70% and Industry 22% so into the food and products we use.

Oh hello, again it is about us consumers!

The choices you make while doing your groceries and within your eating behavior are directly related to water use.

Let me draw some examples: 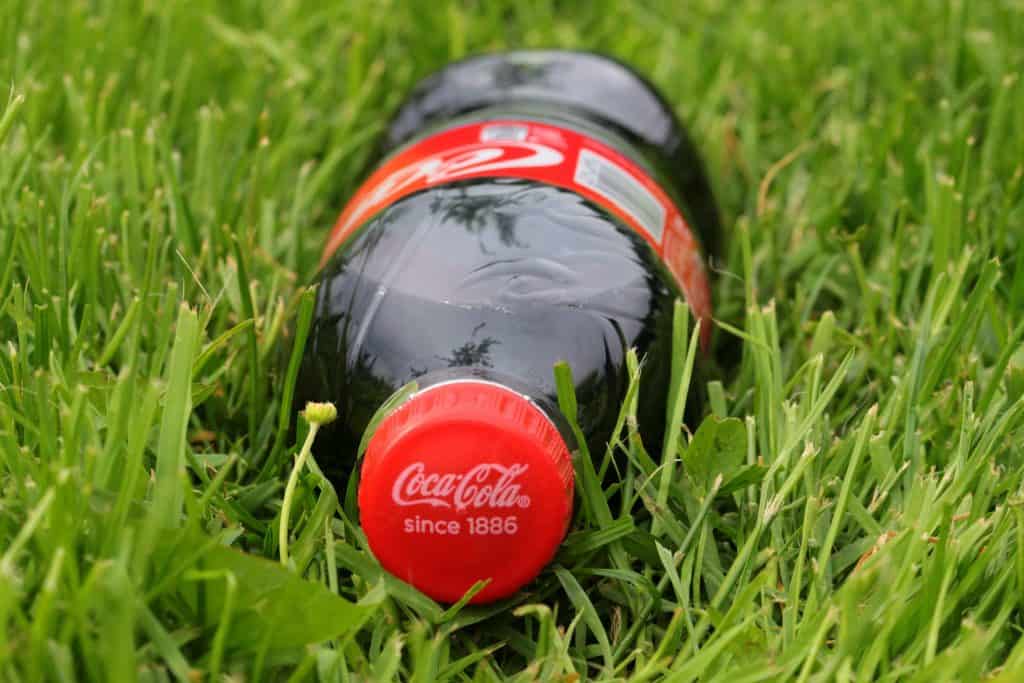 98% of water use not even in your drink 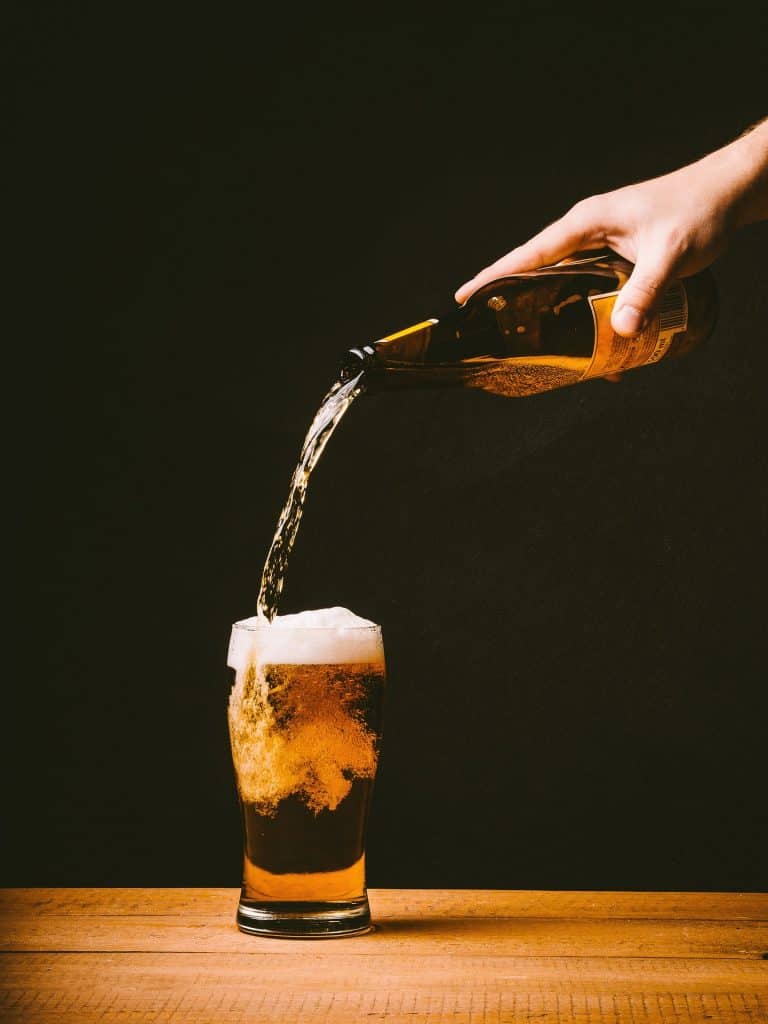 4 Main Ingredients – Lots of freshwater use

One Glass of Beer – 74 litters of water 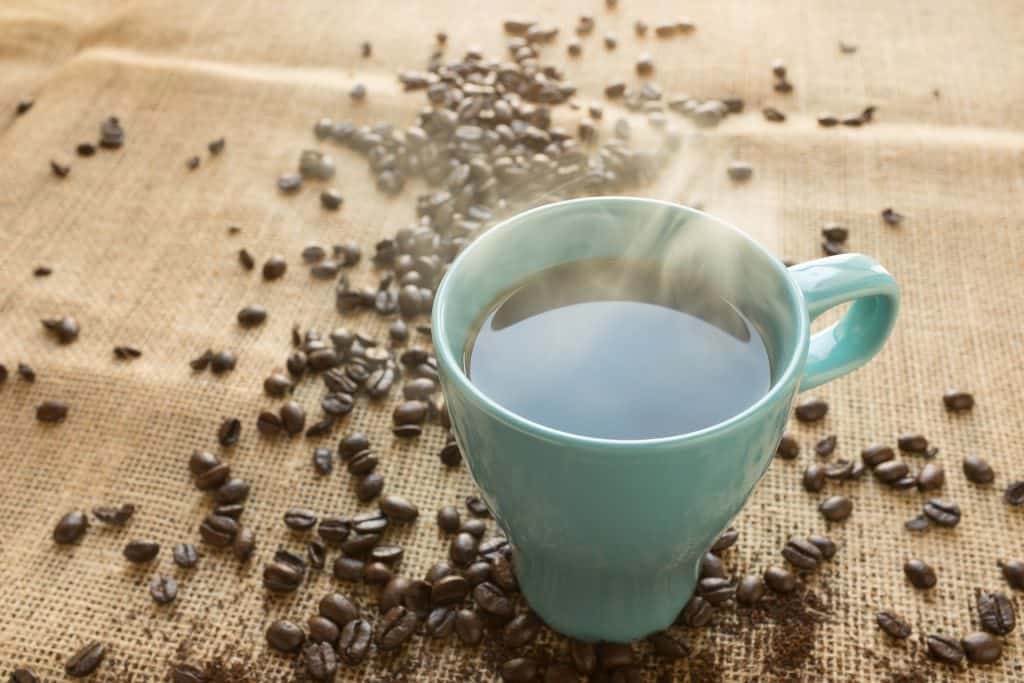 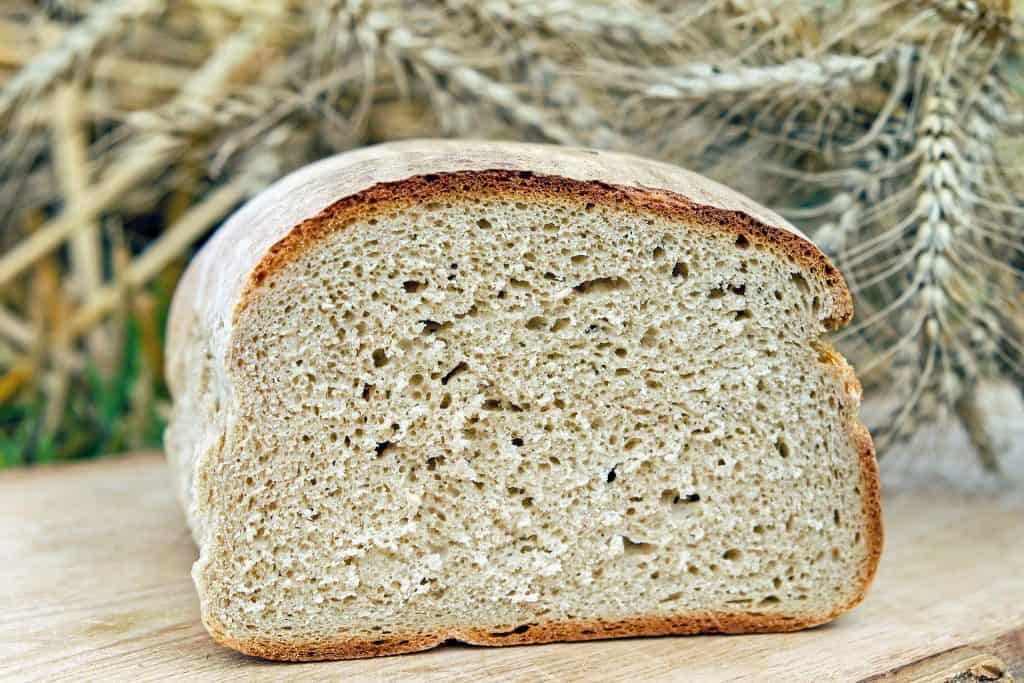 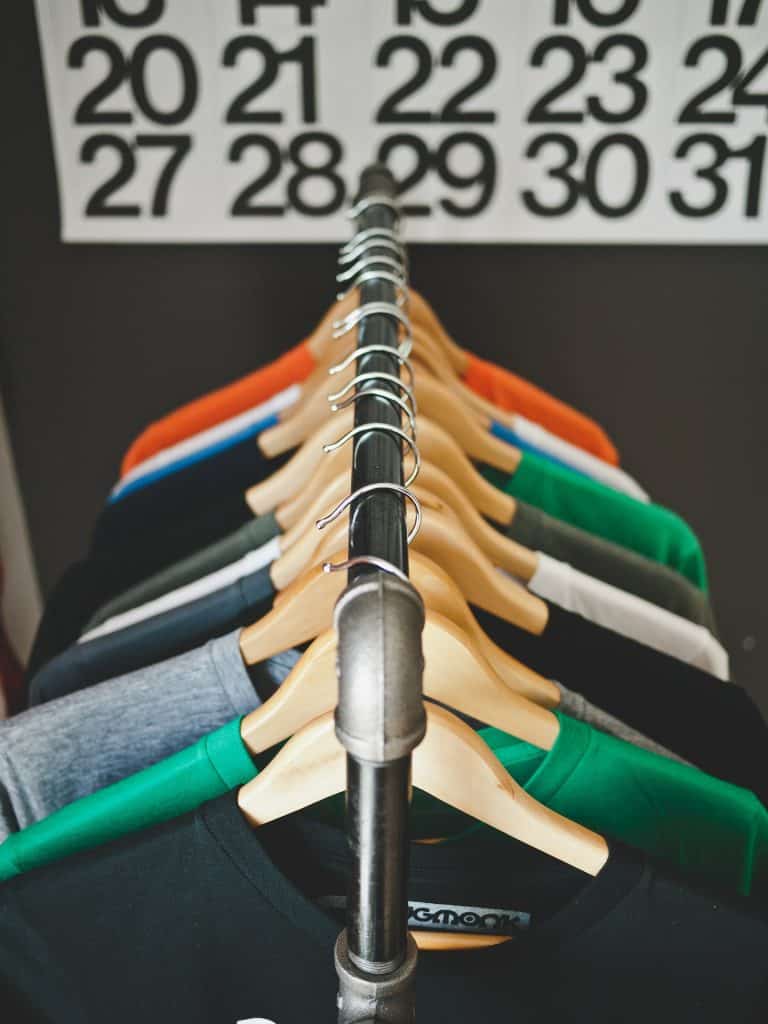 Each of your Cotton Shirts – 2500 litters

More about the environmental impact of Cotton worldwide click here 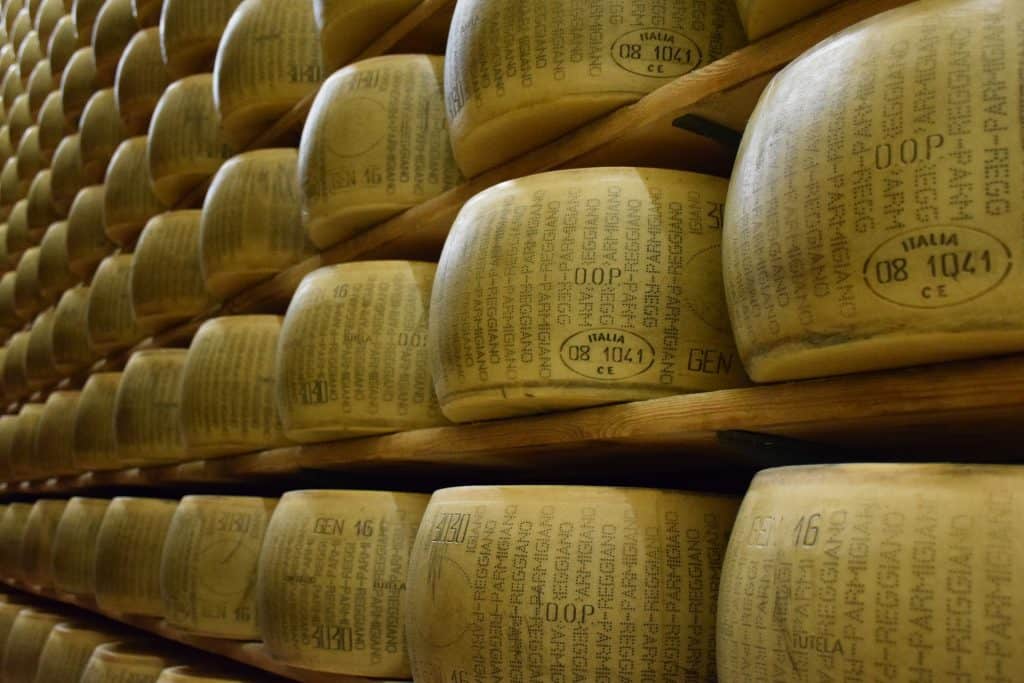 Which leads us to our Nr.1 water consuming & polluting production field:

Nothing has embedded water, as much as meat. In particular cattle feed consumes huge amounts of fresh water and that even in some of the driest areas on the planet.

As an example, Saudi Arabia is pushing their dairy production to unseen dimensions with plans of a 6000 cattle dairy plant build right now. 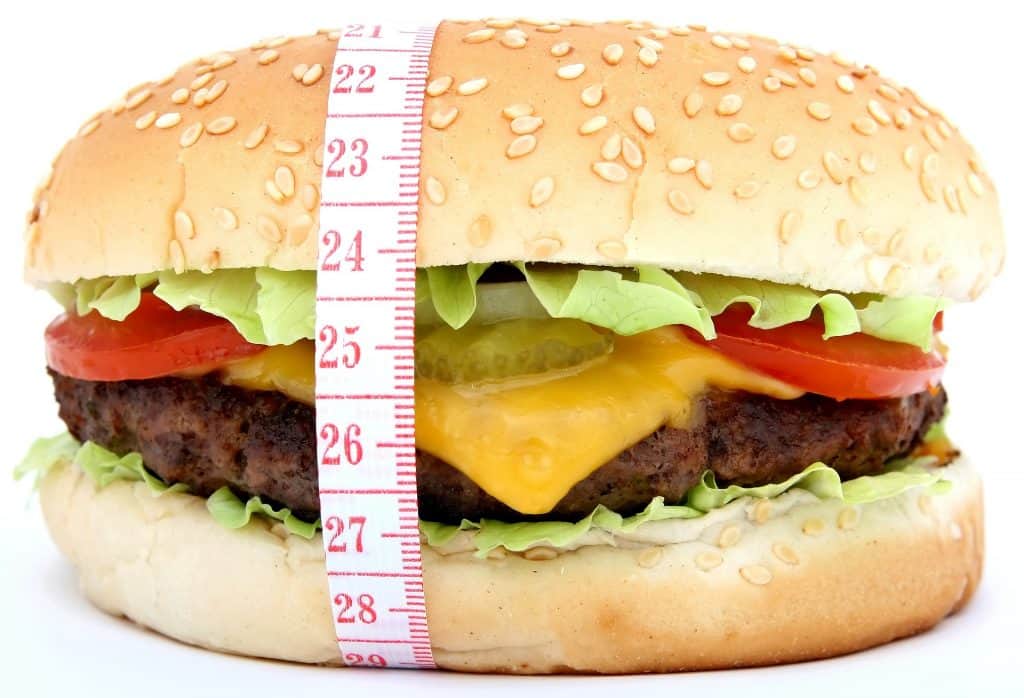 An average cow consumes about 12kg of feed per day, divided up: a 250g hamburger takes around 1650 liters of water to produce.

And the world is eating more and more like Americans with a higher calorie diet and more meat. But there isn´t enough water in the world to sustain that eating behavior.

Water doesn´t abide by some of the basic rules of capitalism. Farmers hardly pay anything for it. So the true cost of water doesn´t end up in the cost of the burger. Which is why that junk food is still offered at bargain prices all around the world.

In most places in the world, water is treated and priced like there will always be enough of it. So we end up using it in absurdly wasteful ways. Most of the water is sourced from the lakes and mountains close by the farmlands. Fed by melting snow, warmer temperatures in recent years have meant less snow which means less river.

The amount of money farmers and industry is paying for the water doesn´t even cover the costs of delivery. 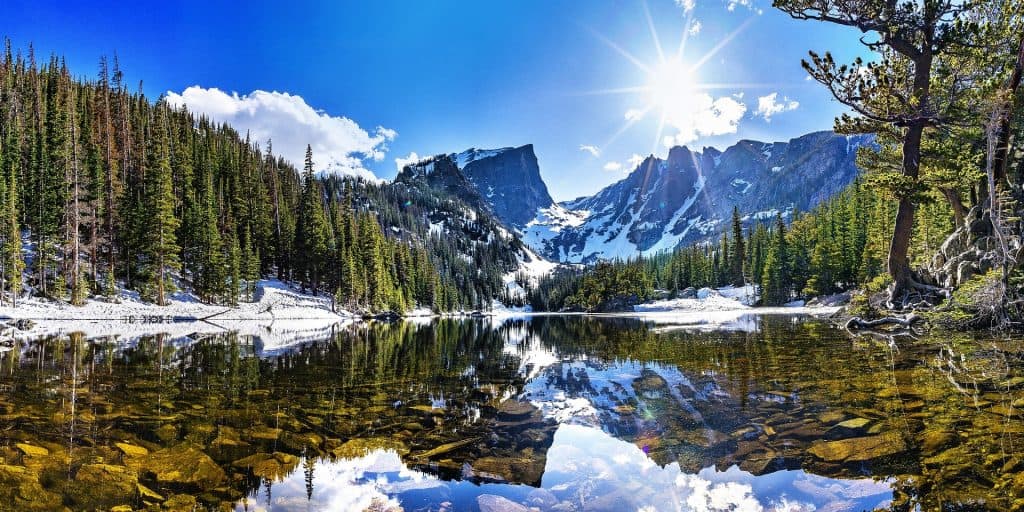 Rocky mountains facing less snow and water in the future ?!

As water gets more scarce that has to change, banks already predict that water will be the petroleum of the 21st Century. Private interests are starting to invest and buying up the water reserves wherever they can.

Water as the petroleum of the 21st Century

Flooding, leakage, and dumping of waste

95% of the irrigated farmland we use in the world is with using the most inefficient irrigation method  –of just flooding the fields.

If water had a higher price the government might decide it´s worth the money to repair our water infrastructure and a good maintenance of the system. 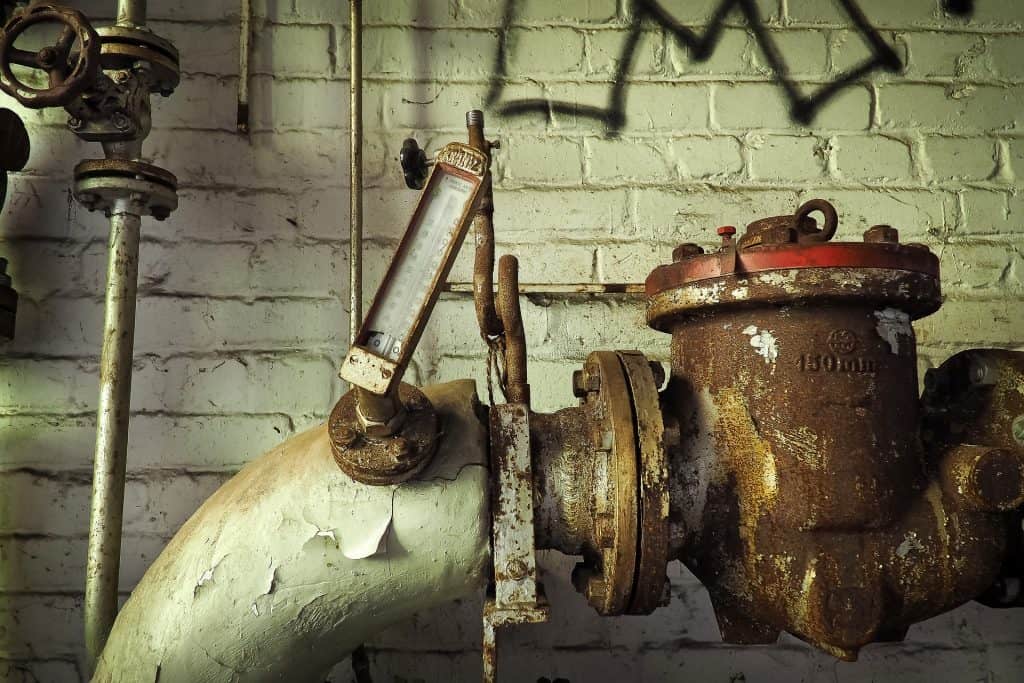 Leaky pipes – its time to renovate

Currently, we have 42% of leakages in the pipe water network (e.g. Mexico City losing almost half of its drinking water to leaky pipes)

We value water so little we dump 2 million tons of sewage, agricultural and industrial waste into it every day. There is no sense of value to what is really an incredibly invaluable resource in water. Until we run out and find out what the real cost of water is.

2 million tons of sewage, agricultural and industrial waste into it every day.

The scarcer water gets, the more the access to it becomes a competition with winners (cooperation’s and issuing governmental entities) and losers (like small-scale farmers in Latin and South America, Africa and the middle east currently).

Price increase as a solution? 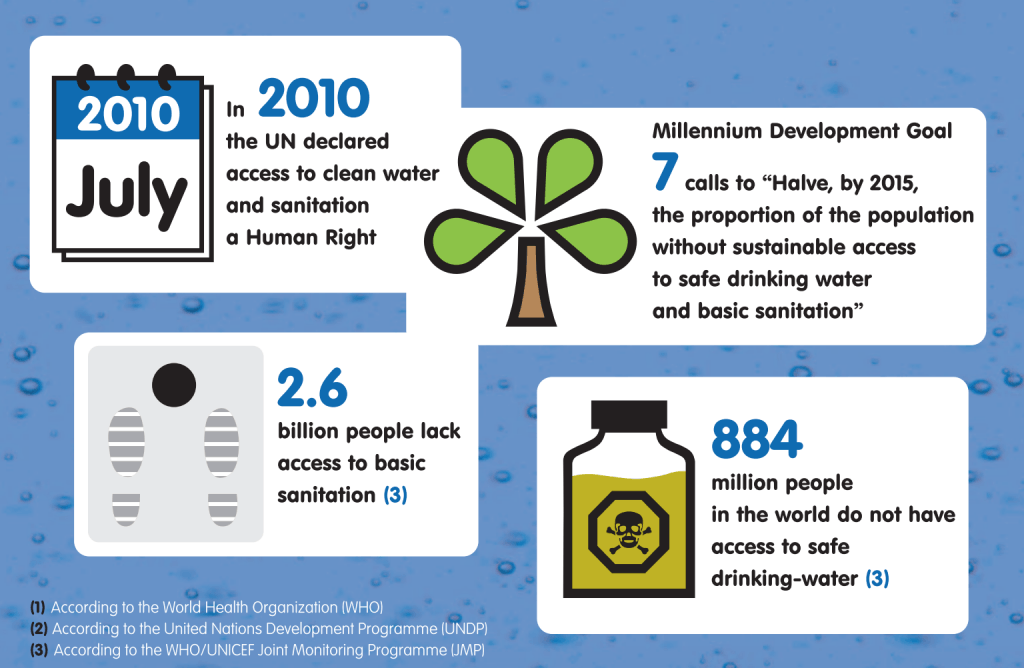 In 2010 the UN recognized access to water and sanitation as a human right (60 liters per day). And that is the challenge of our water crisis. How are we supposed to value and invaluable resource while ensuring everybody has it?

What happens if we increase the price to increase the value of water and repair leaky pipes, establish water systems and encourage conservation. It will have the greatest impact on the poor.

The fact that we all need water makes this scarce resource crisis exceptionally hard. But it can also inspire people to act in exceptional ways to solve it.

E.g. Cape town’s Day 0 which was scheduled, postponed and eventually dissolved because city dwellers and public authorities pushed together towards a more sustainable use. By 2018 the city’s water consumption was less than half what it had been 4 years earlier (with an increasing population) 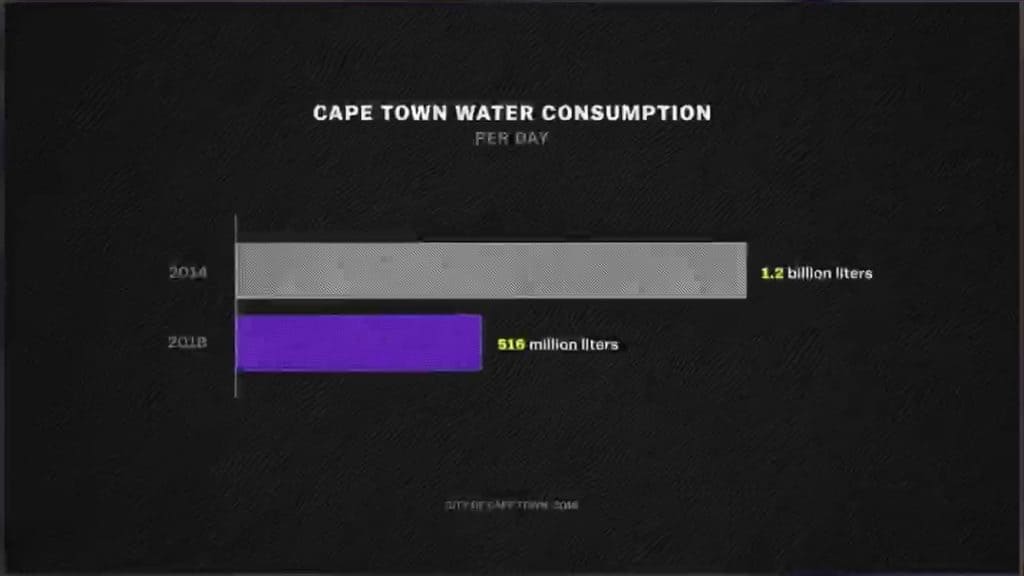 Not enough action was taken until they started talking about Day zero which got people’s attention. And it was remarkable, between the time the city started to talk about Day 0 and a month later how much people cut back their water use. And it goes to show what we can do.

The trick is recognizing how valuable water is before there isn´t enough of it anymore. This can only be achieved through education, spreading of information and knowledge amongst all the people as well as new and efficient ways in agriculture, production, and processing of goods.

Our relation with water became far too distant, it’s very important to recover our historical consciousness with water. Actions of individuals count the most in order to save, reuse and recycle water. Like always we as the consumer decide with our daily choices and every single decision counts to the overall situation! You matter!

Be aware that water has a value.

What are your Ideas about this Topic? Let us know what you think about the Article, if you would change your consumer behavior and how?

Worldbank Data on Human Water use, 2018. Found on: https://data.worldbank.org/indicator/SH.H2O.SMDW.ZS