Cointreau Company Visit – “Take a tour with us”

In articles, Brands Analysis by Truefoods on March 3, 2018 with No Comments

we are back on track with our articles. Today, we are wanted to give ou a little insight into the production of cointreau. Starting with this beautoful advertising which I have found on the internet. Overall, I have to say, the whole production and its tradition has a really nostalgic sense to it. Therefore, I found this picture quite suiting. 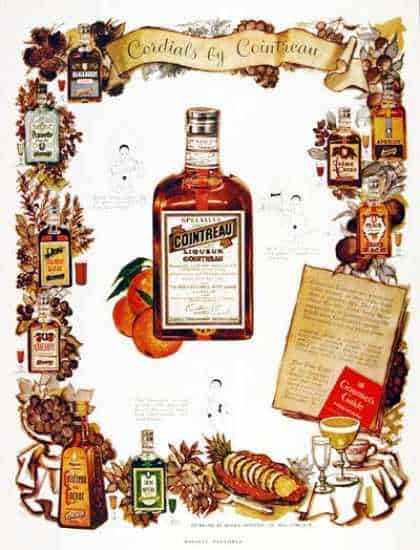 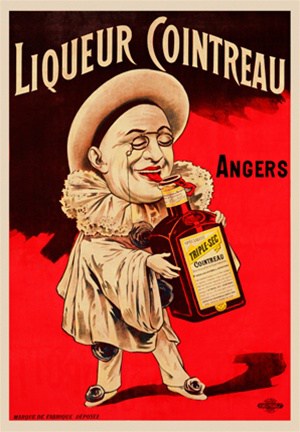 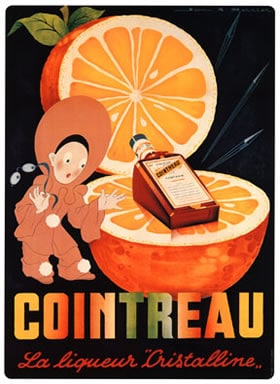 Let’s take a look inside!

The Museum contributed to the Cointreau founders is the old destilation which you will see below.

It’s located in Angers, France in Pays de la Loire, the small city we are currently living in. Of course it is not the way they are producing the liqueur today to sell their products world-wide but still, it was beautiful to see the old ways.

The big metal utilities you see in the pictures are actually the distillation tanks. 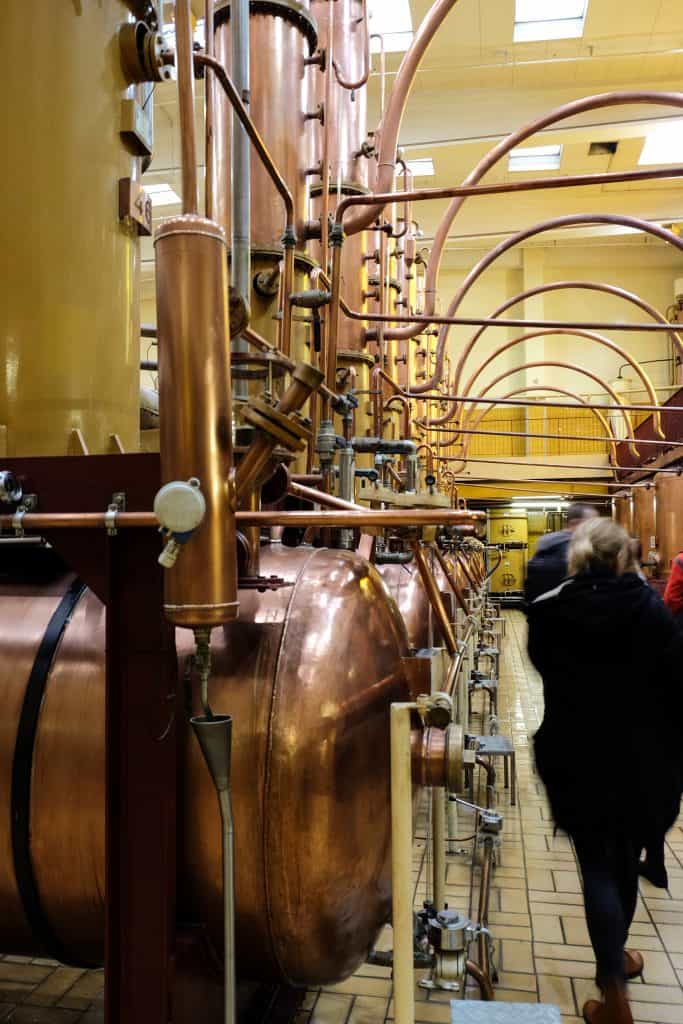 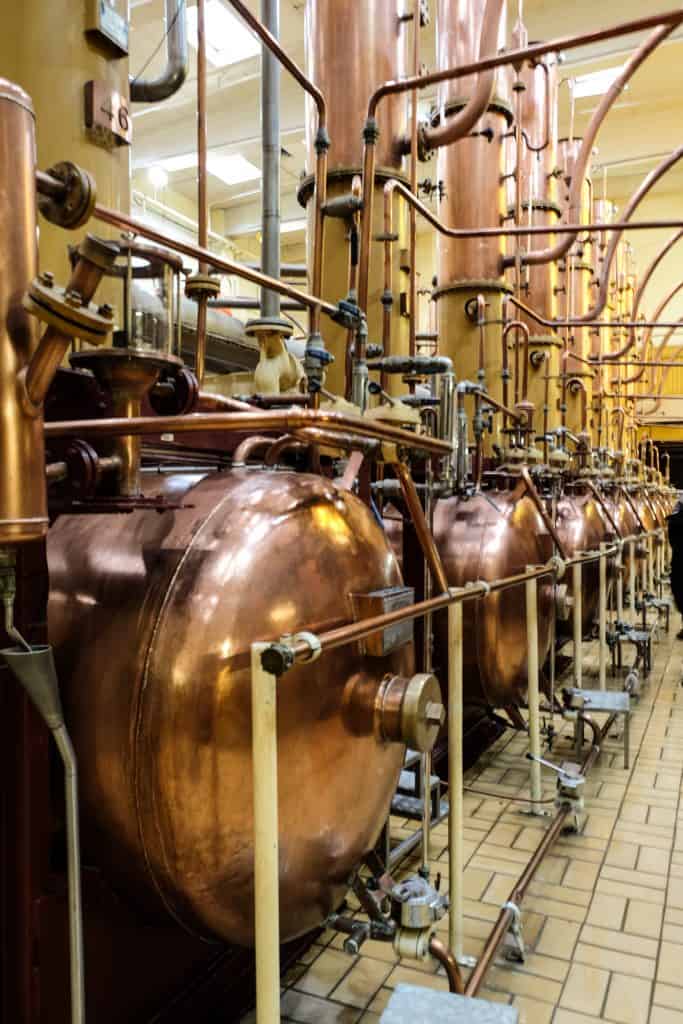 Everything was covered in this golden light which shine through the big window and its yellow glass at the outer wall of the room.

Can’t wait to improve my skills and to catch those impressions better for you all. 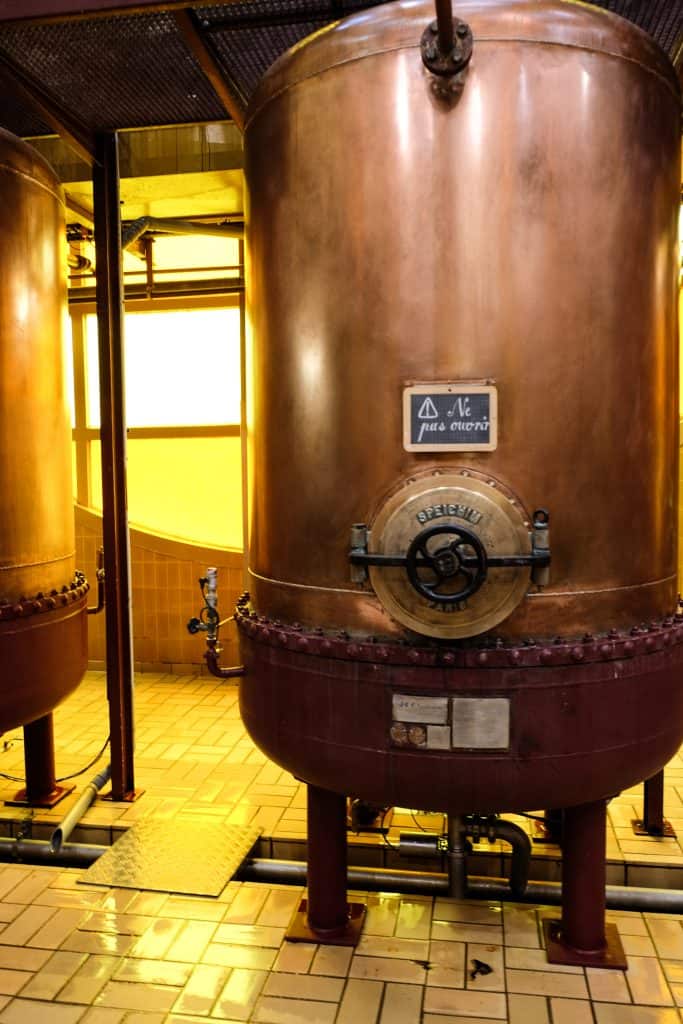 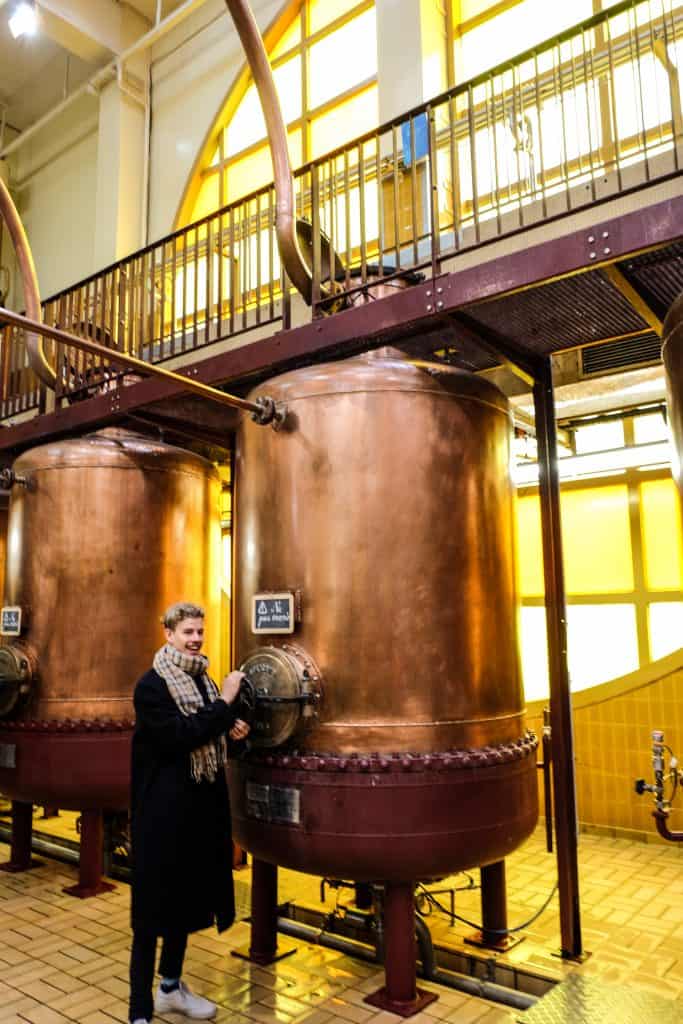 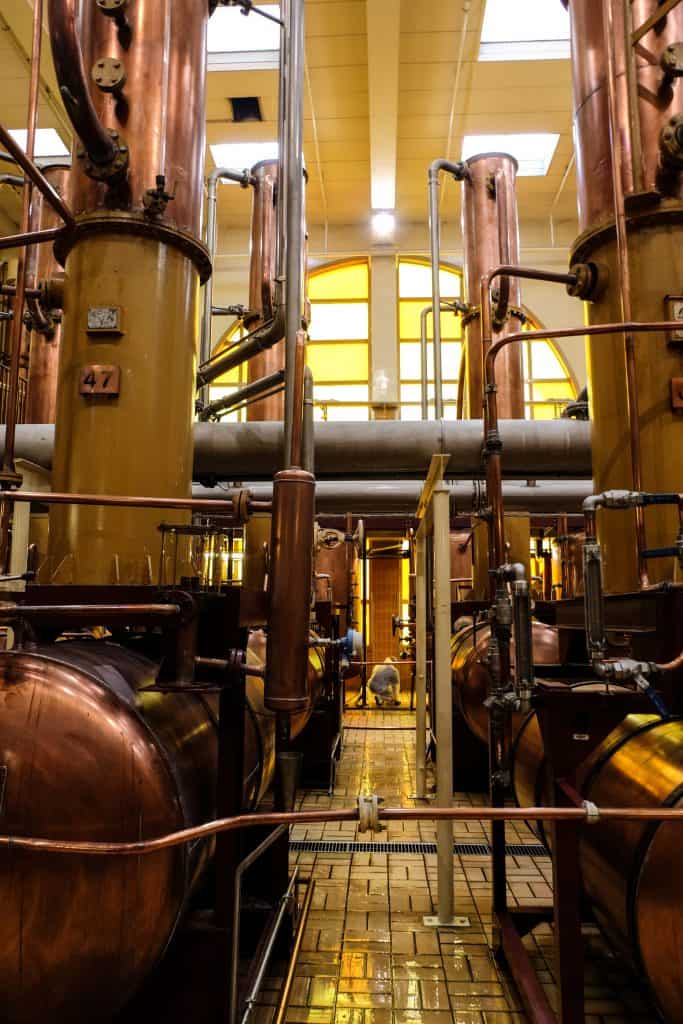 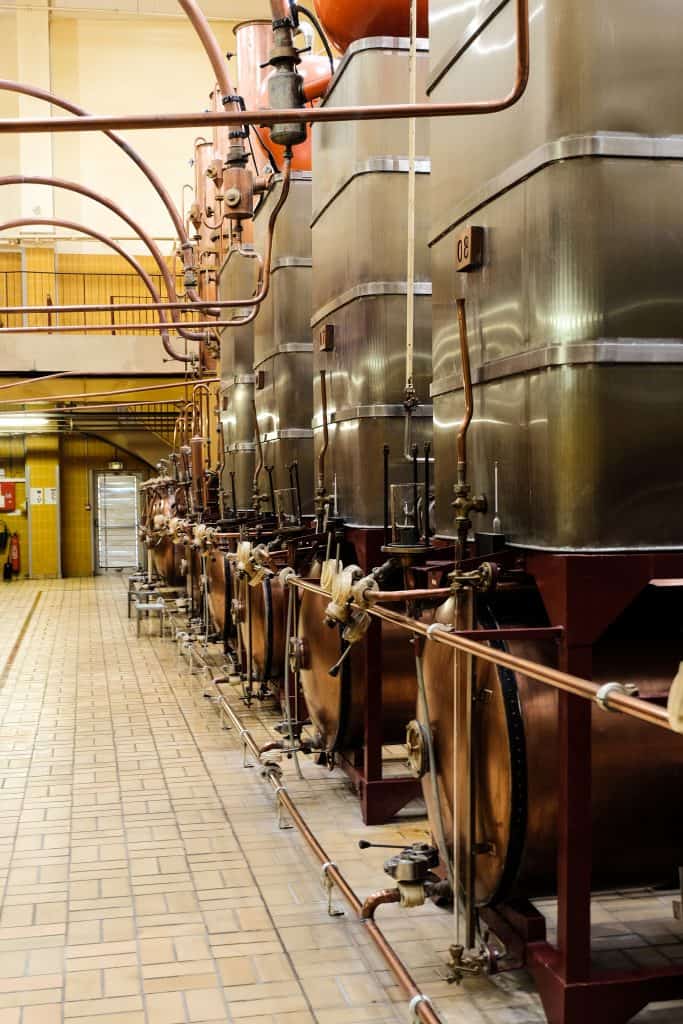 The whole museum was sprinkled with the warm orange lights, of course as a parallelism to the warm color of the bottles itself.

But still, it was really well made and designed. After this door, we were actually not allowed to make any more photos, so lets see you on the other side… 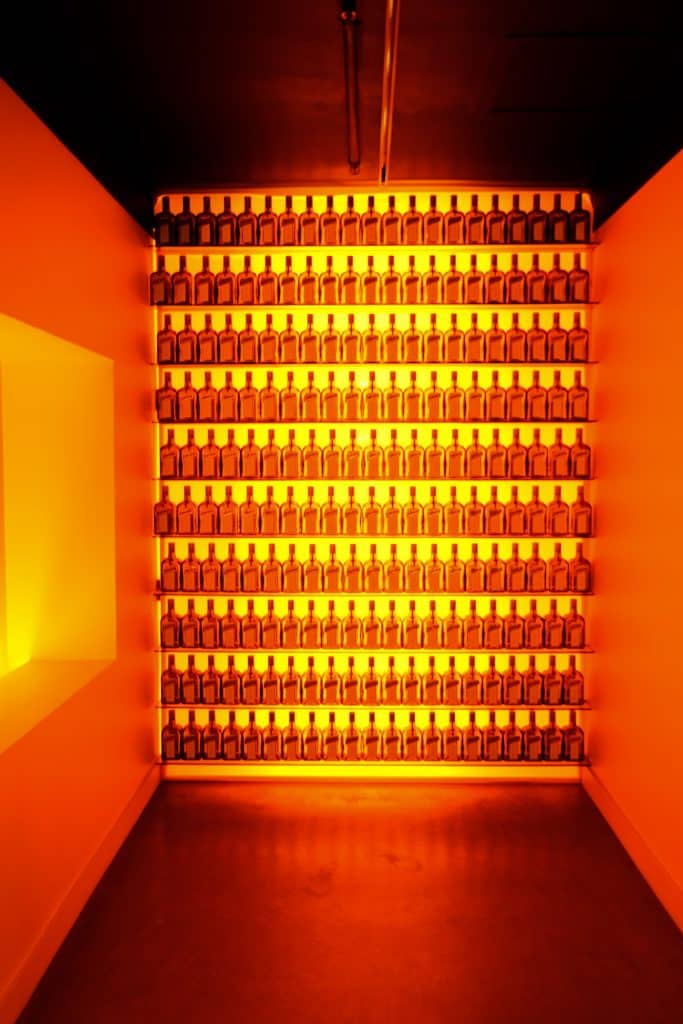 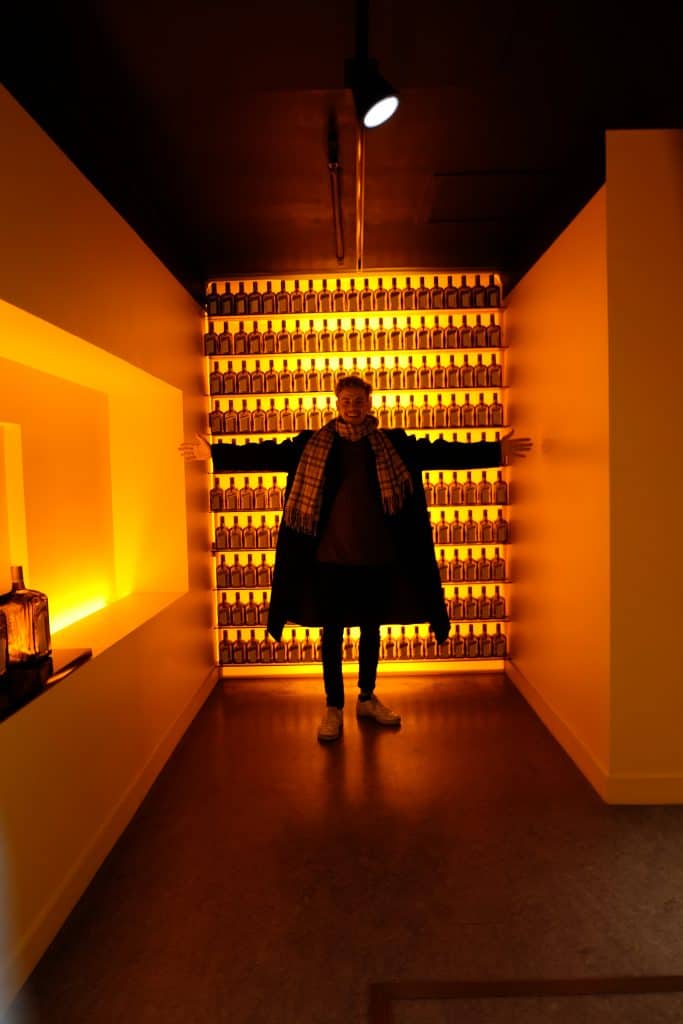 After the tour through the real production line, the packaging and shipping docks and some open mouths we finally came to the bartending station.

Cointreau is an inevitable ingredient in the world most famous cocktails like: Cosmopolitan, Magharita and White Lady + many more.

So the company decided that they will invite each month, a hand full of chosen bartenders to learn new cocktails and get a professional teaching of the bartender masters in house.

Of course, we were so lucky to taste one of their latest cocktails and products! 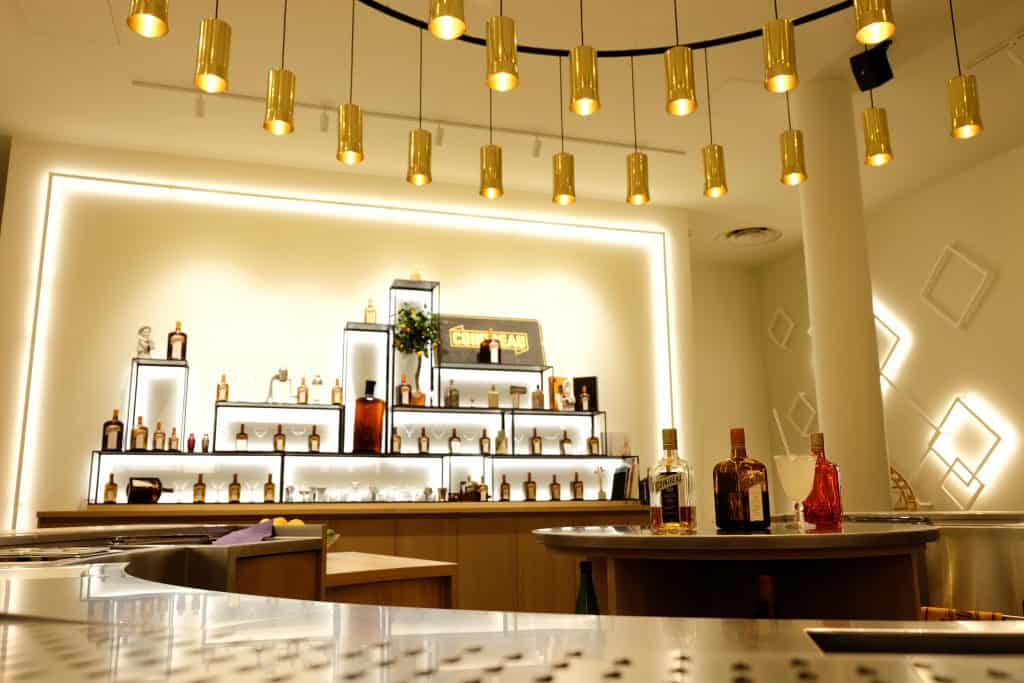 What you see below is the Cointreau Fizz:

how you do it:

Trick: start with the lemon, than the ice and sprinkle the Cointreau on top 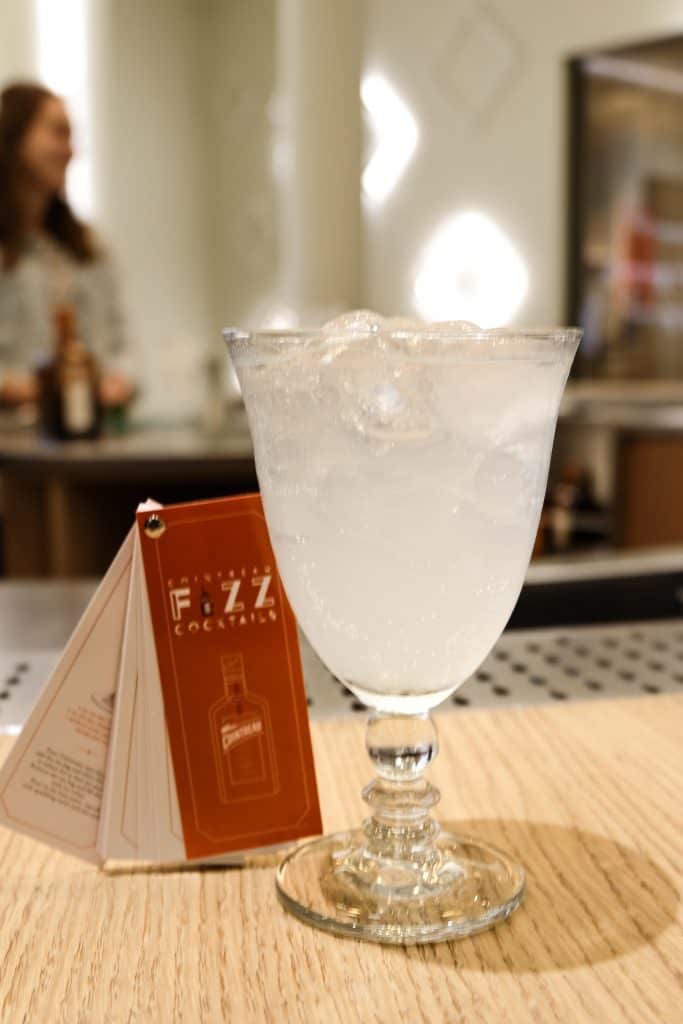 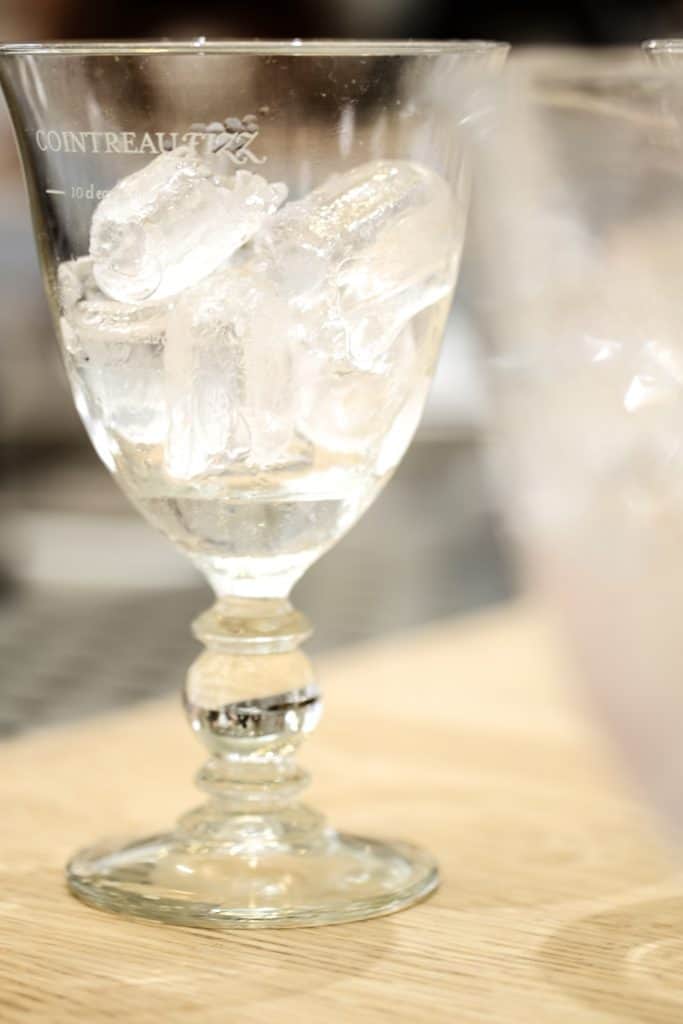 Definitely a strong but really refreshing summer cocktail. It’s true. Its nice that the liqueur is light in sweetness and not perfumy in taste!

They also introduced a nutty tasting cognac mixture to us, as well as their new blood orange cointreau.

I have to admit that I am a fan of the classic, but the responds of Moritz to the blood orange one was really positive 😉 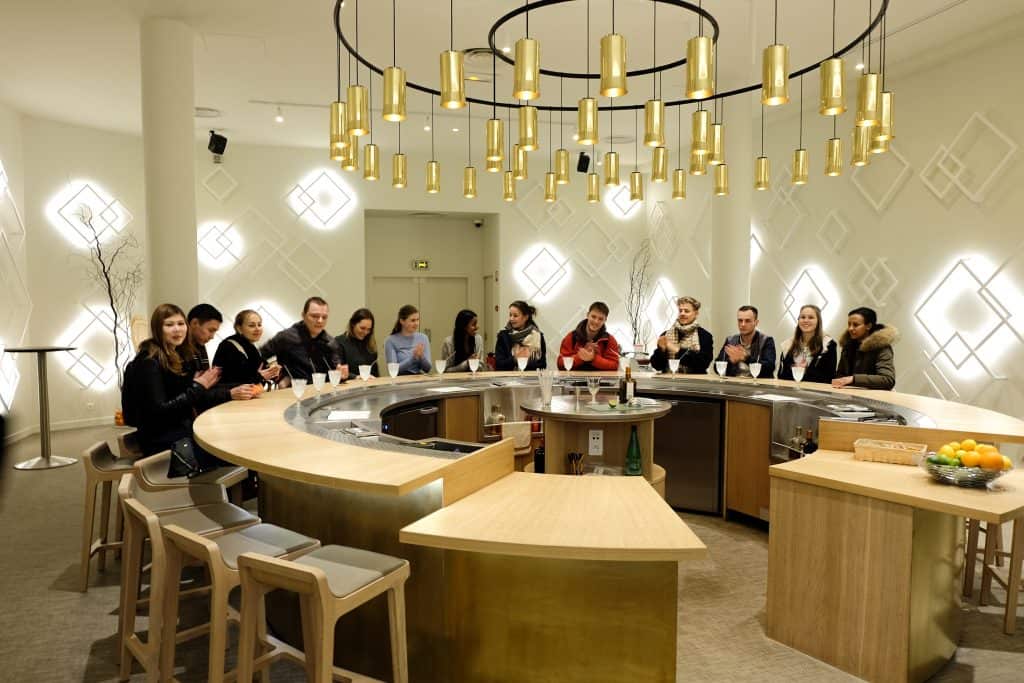 With the last picture- in which you can see the beautiful classmates that we have, we want to thank you for reading & maybe you make it to Cointreau one time as well.