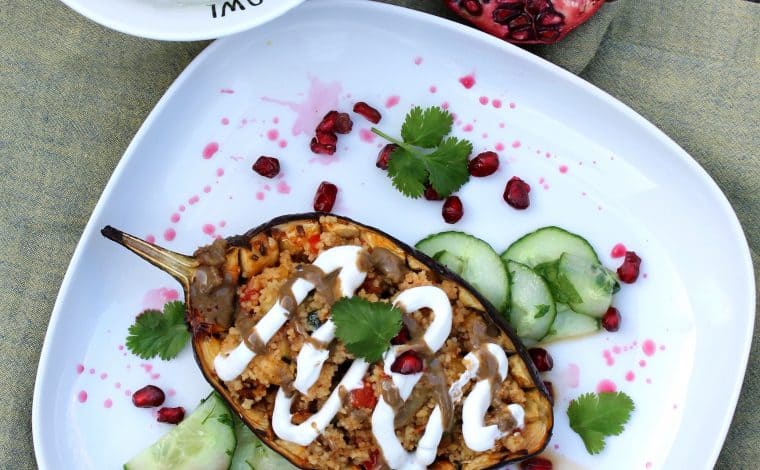 “Get a taste of Marocco”

Glazed Eggplant – Moroccan style. Moritz and I are more than excited for the upcoming month. We are travelling to Marocco! For me (Claire) it will be the first time I am visiting a country outside of the European borders and I am so curious for the tastes, smells sounds and atmospheres at this foreign continent. Today we finally had a bit of time to cook something more elaborate, so I decided to cook something typical marocain. The whole kitchen smelled amazing and fresh red of the little pomegranate rubies and the honey glaze on the eggplant made me even more excited.

so here is how you can also bring some Marocco to your plate:

Tip: cut the pomegranate in half and take it in your hands with the open side looking down. Put a bowl under your hand and start hitting the pomegranate with the backside of a spoon. The little robins will fall through your fingers. It’s the fastest and easiest way I have seen so far.

15. Still, remember do drizzle the glaze over the eggplant.

16. Now mix the yoghurt of your choice with salt and minced mint.

17. Now you just have to wait until the eggplant is completely cooked. The glaze on the side should start to blow bubbles and becomes golden brown.

18. the last step is to take out the eggplant and scrape out the inside to mix it with the couscous. Then, put the couscous into the eggplant followed by the yogurt, some drizzles of tahini, pomegranate and garnish it with coriander and the cucumber salad. 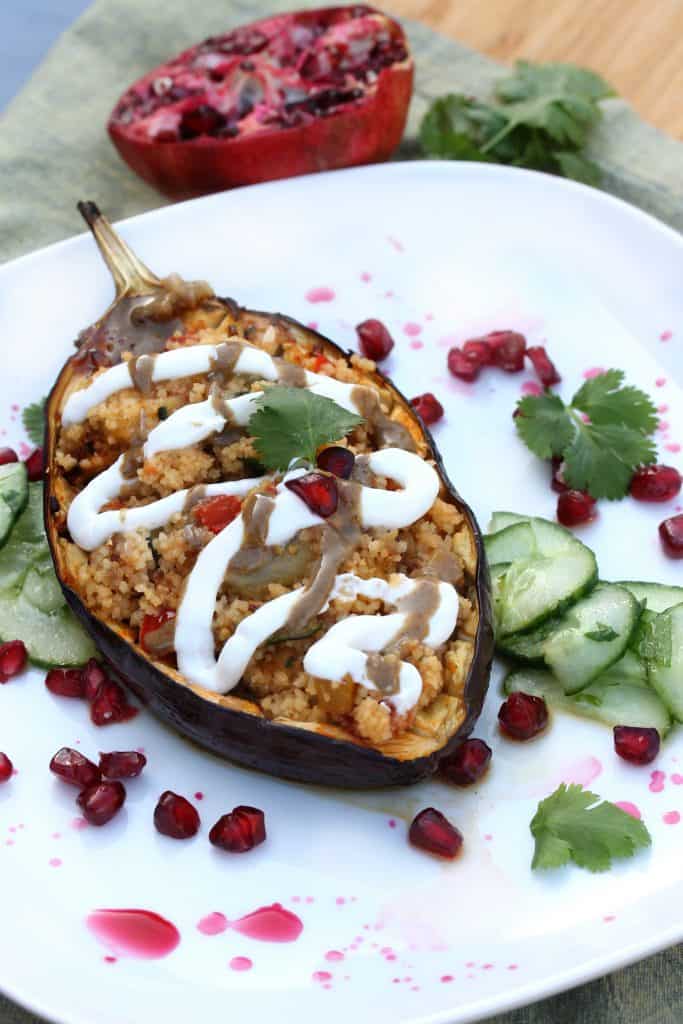 There you go! We hope you enjoy it as much as we did. Maybe you get a little feeling of being in another country as well 🙂