After a little shock for Moritz we finally had our first experiences with France. When we wanted to load out Moritz’s stuff we were -lets say-  a bit surprised about the size of his room & especially about the kitchen.

To not loose the good vibes we have had a long walk through the city and our first groceries in one of the hge supermarkets nearby. The smell of coffee and the citizens who all head to work or appointments & us- not tourists or strangers, but inhabitants of a little city on the west coast of France.

A really strange but beautiful feeling.

But now back to the story of the Flatbread. Well, this is the additional part for the Baba Ganoush recipe we have created just a few days ago. The house smelled so good and a fresh homemade flatbread tastes so much different /better than the one you know – i guarantee you ! 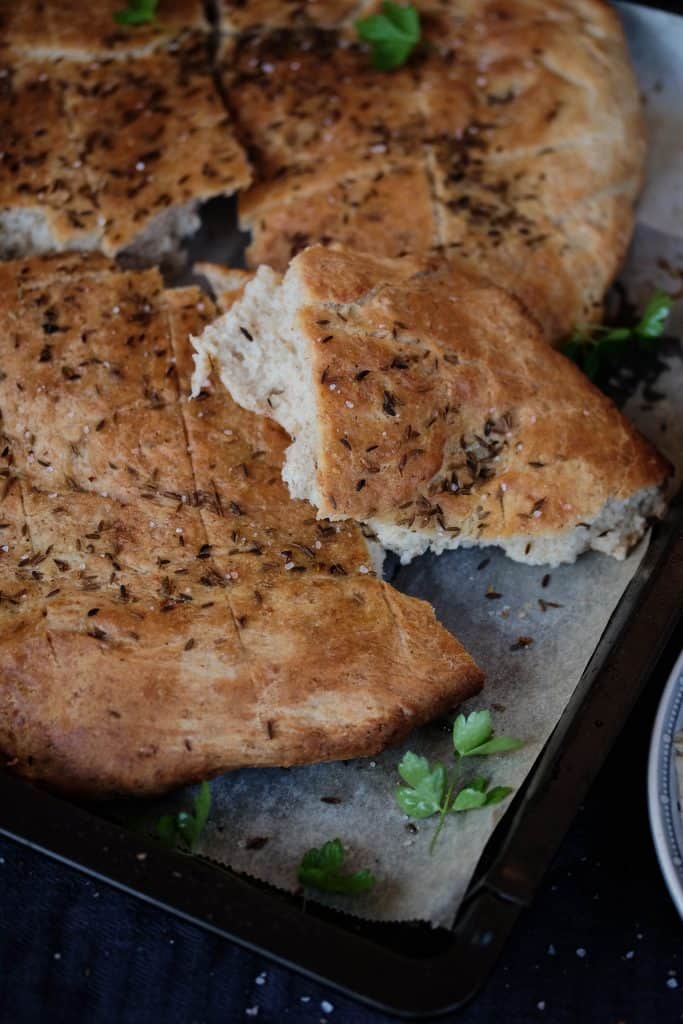