We created the classic bavarian dish with meat for the cookbook which is going to be released soon.

To be honest, I did not plan to veganize it in the first place. The idea arose more from the fact that my mum always makes too much hummus. So yesterday I was sitting in front of a big bowl of left over pink beet hummus & i wondered what to do with it. As I was not in the mood for falafel I quickly looked for the recipe of the Fleischpflanzerl and created my own vegan version for them.

I did actually not expect that would look like mettwurst 😀 but through the additional colour of the beetroot, they turned out to look super meaty. Don’t worry, they are not. 🙂 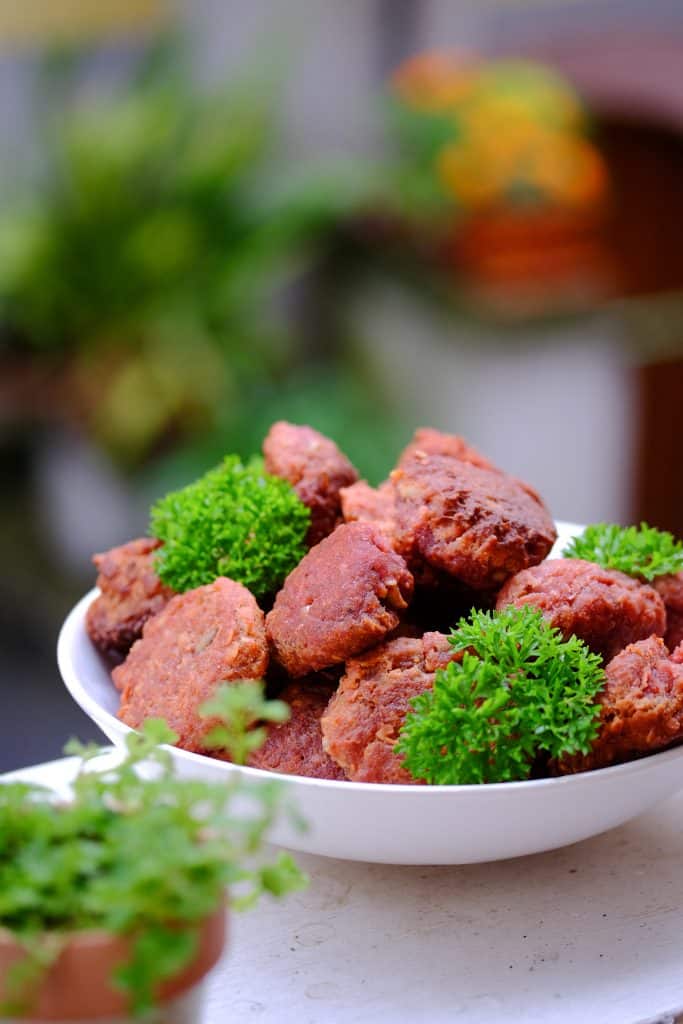 How you do it