The Dinner idea form out vegan Christmas workshop is out now. This vegan gravy makes your guests wonder whether you are a magician. No – but really.

At the event, we had a friend of our class as a guest. Marc is a cow farmer and an ambitious meat eater and a huge critic of vegan food. Its just a huge part of his identity to be very close to the topic of animal farming and consuming. To our big surprise & bigger happiness, he came to us after the dinner & was completely overwhelmed. He said that he could barely taste a difference and that he really enjoyed being our guest.

This is why we are doing this – to inspire people and not convincing them for anything by force and bad feeling- but by taste and inspiration and love.

Love is the most important ingredient- also in this dish.

Hope you enjoy this & have a wonderful time with your family and friends. Share your love with them and be thankful. 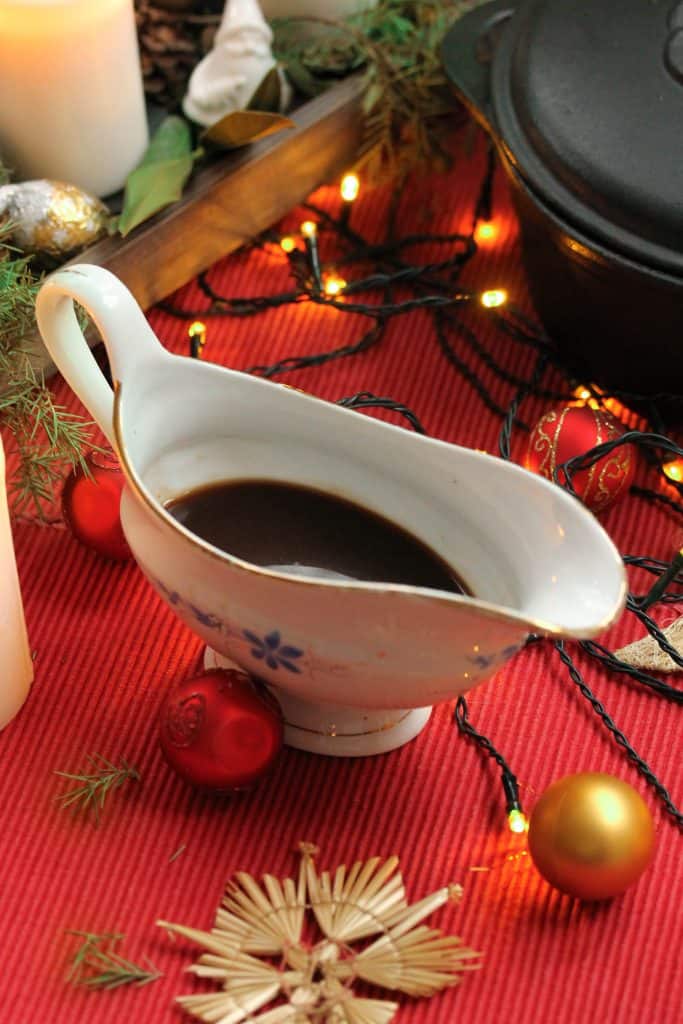 How You do it:

Christmas message from us:
[amd-zlrecipe-recipe:79]