Finally I manage to load up this recipe for you guys. It has been requested for a long time now.

I wrote this recipe two days after arriving back from Sri Lanka & I have was missing to write for you.

This was Elias, a good friend of mine who sings incredibly good. Him, my best friends and my favorite regional food finally made me fell like I arrived back. Of course, the culture shock was real, switching from a crowded, loud and colorful Sri Lanka to a grey wintery Germany.

Luckily my grandparents visited me and my mum with a big batch of homemade Sourkraut, a traditional fermented cabbage dish which I know since childhood.

Start with the dough 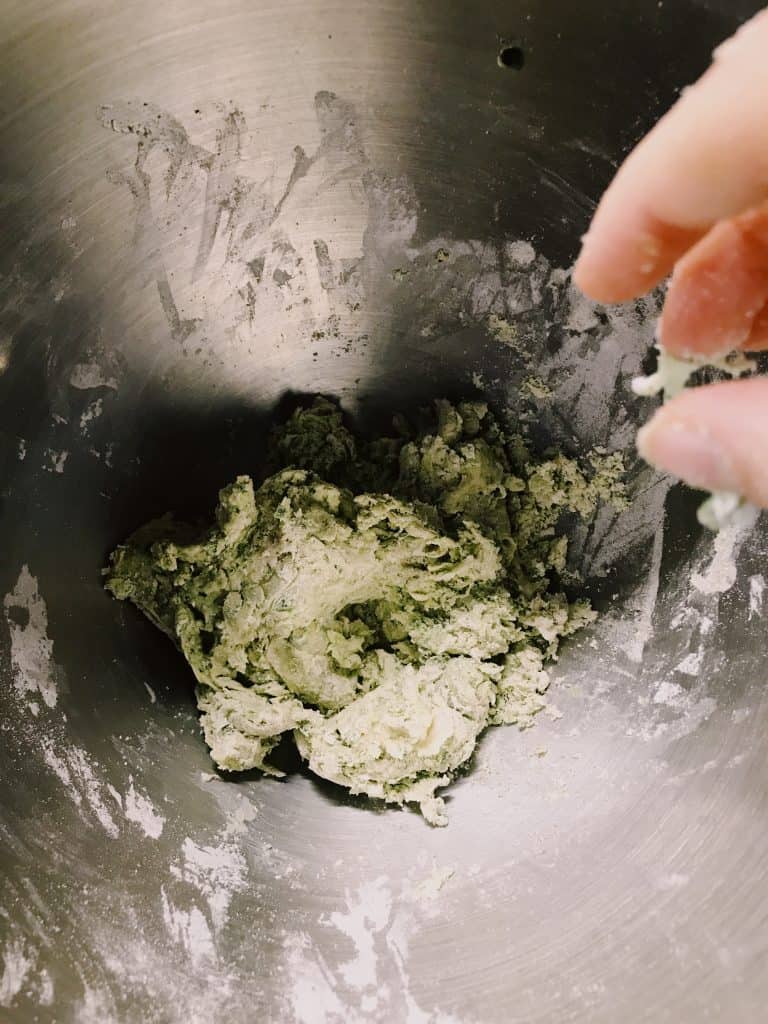 2. Grease a bowl and set into the fridge while you prepare the filling 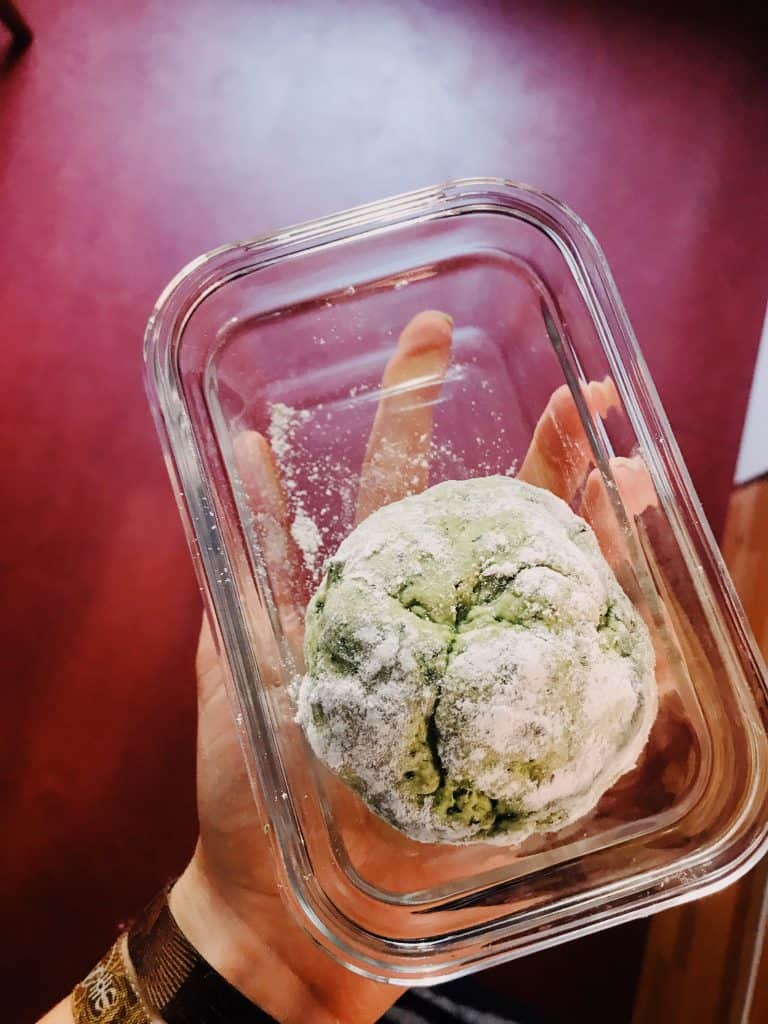 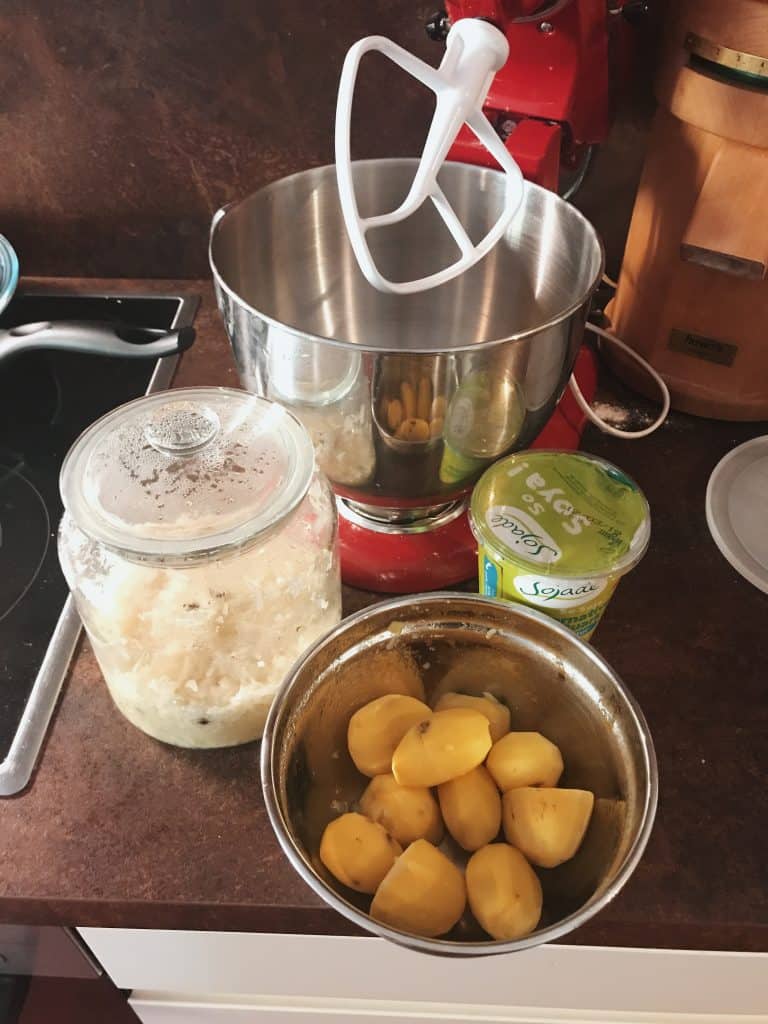 4. It should have the texture like you see below, than add the Sauerkraut (preferably the raw fermented version from SauerCrowd and mix again. 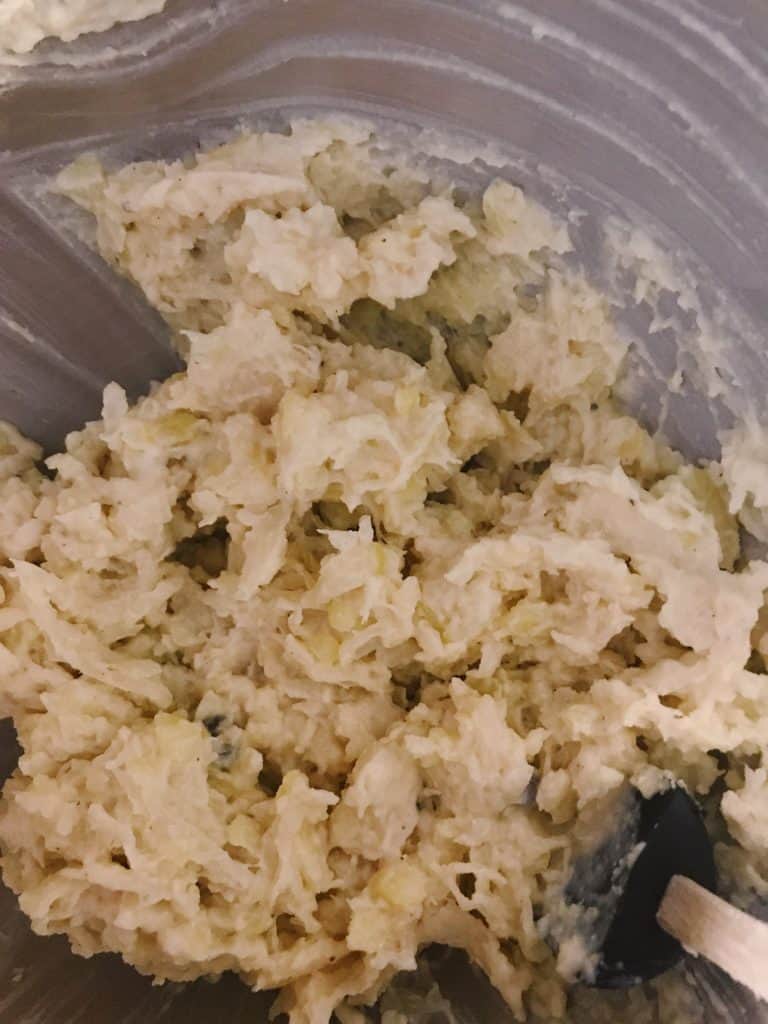 5. Take the dough from tthe fridge and knead before you flour a surface and start to roll it out, as thin as you can. 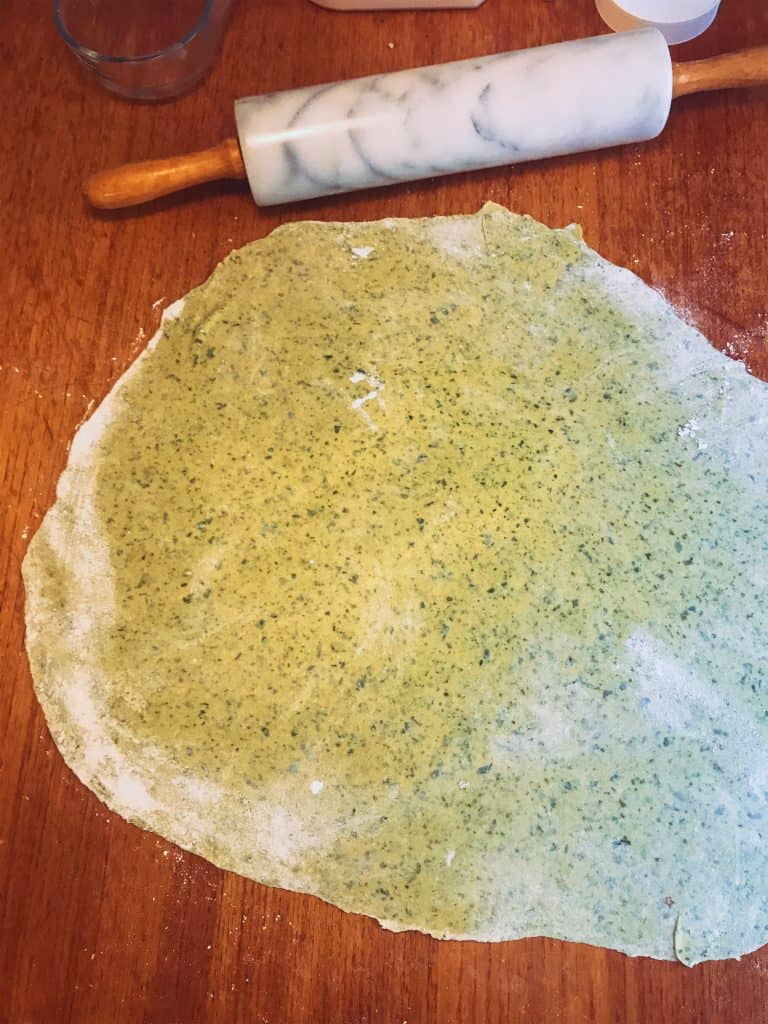 6. with a small cup, start to make circles in the dough. 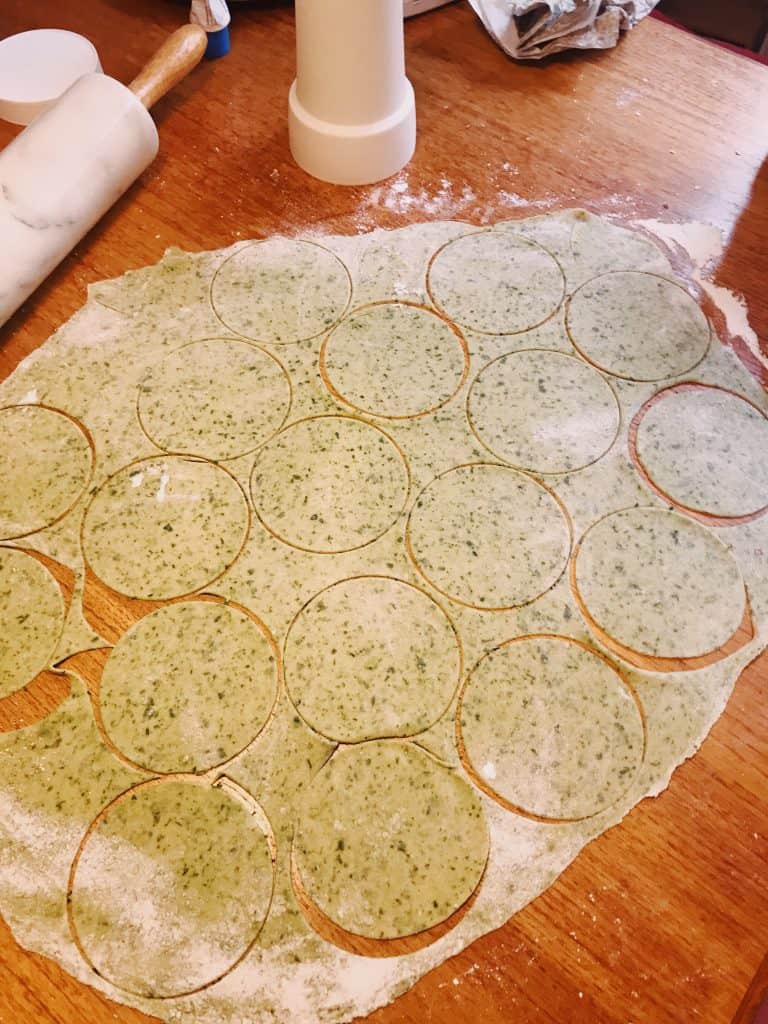 7. Take one of the circles into you hand a pull gently on the edges of two opposite sides, so you get an oval.

8. Now place half a tbsp into the middle of the dough and softly pinch the edges together. They need to be closed.

9. place them on a floured tray and continue until you have no more dough and stuffing left.

10. Cut onions into rings and caramelize them in a pan while you heat a pot of salt water for the Pierogies. 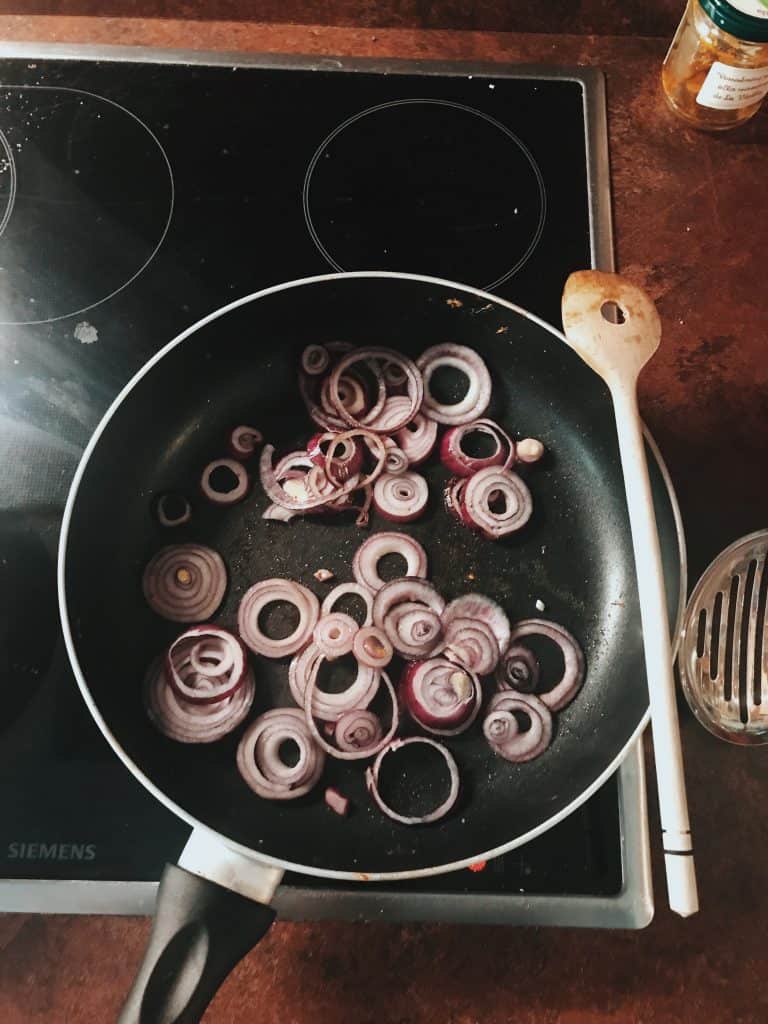 11. add them to the water and wait until they float on the surface, that is when they are done.

12. Take the onions out and place the Pierogies in the pan until they are golden and slightly crunchy on both sides. 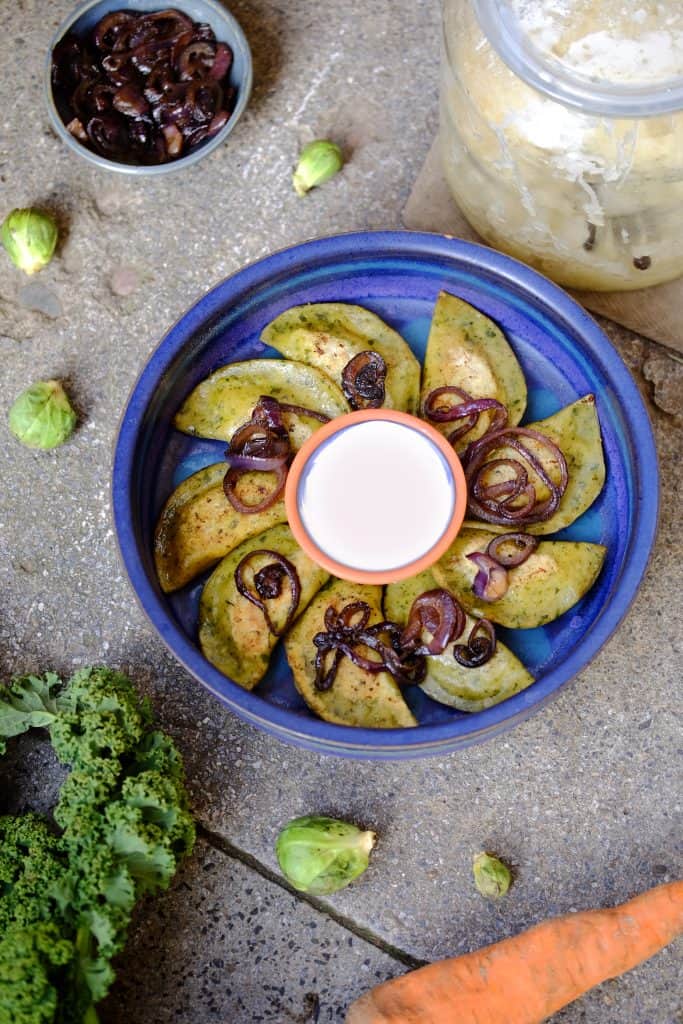 13. Serve with sour cream, onions and loads of love.