We are back to reality after almost one week on the Fattoria in Tuscany (which felt like 1 month of vacation for body & soul). Two days ago we gave a lecture about the pros&cons of palm oil farming all around the world which resulted in a great debate amongst the students and professors. Now its time to get back in the kitchen and create some new recipes with the ingredients we received from La Vialla. Today we made the Focaccia with Olives & Zucchini-Flowers which is the perfect base for a Mediterranean Wine and Tapas lunch or evening. The natural yeast lets the semi-wholegrain dough blow up, the special small wholes performed by fingers are a way to preserve moisture in the bread. Olive oil plays also a crucial part and is present within the dough as well as on top drizzled before baking. The Mediterranean flatbread has its Italian origin in Liguria and now spread all over the country. Check the recipe on our webpage to find out more about the history of Focaccia and of course the easy and tasty instructions on how to create it.

Focaccia, known and loved in Italy and abroad, is yeasted flatbread which belongs essentially to the northern shores of the Mediterranean and has its origin in classical antiquity.

Bakers often puncture the bread with a knife to relieve bubbling on the surface of the bread. Also common is the practice of dotting the bread. This creates multiple wells in the bread by using a finger or the handle of a utensil to poke the unbaked dough. As a way to preserve moisture in the bread, olive oil is then spread over the dough, by hand or with a brush prior to rising and baking.

Savory versions are more familiar in the U.S, they can contain olive oil, rosemary, sage, garlic, cheeses, and onion. There are also sweet recipes of focaccia containing eggs, honey, raisins, anise, sugar, and lemon or orange peel. These enrichments make the product so different from plain bread that in at least one place in Italy though history it escaped a tax placed on bread.

Focaccia, in at least one place in Italy through history escaped a tax placed on bread.

We are happy to show you our very own easy version of the Focaccia with a semi-wholegrain dough and the unfiltered Organic Olive Oil from La Fattoria Vialla as well as their small and very tasty biodynamic Table Olives with orange zest.

Make sure you give the dough enough time to rise and evolve, so no stress in the Kitchen 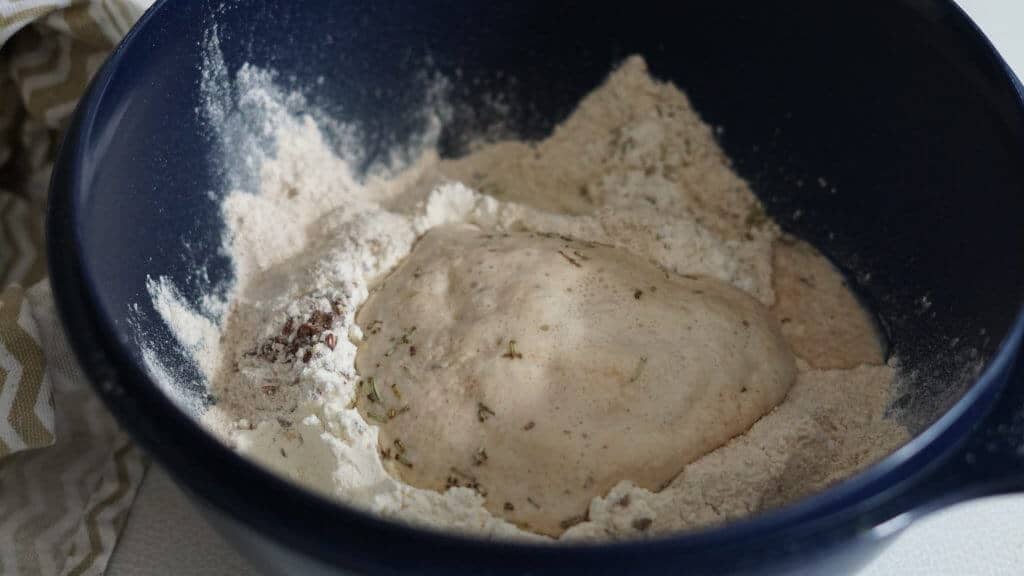 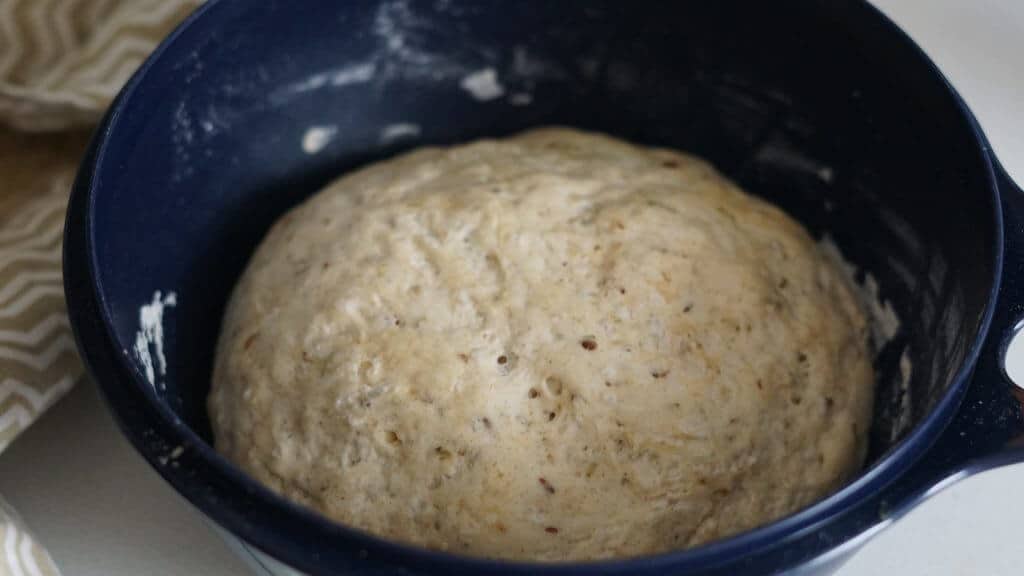 2. Now mix the dough together and add the remaining 2/4 of warm water, 4 Tbsp of Olive oil and a pinch of salt while mixing (not too much, the yeast doesn´t like it). For this step, I use my hands to form the dough to a homogenous ball at the end. After that cover the dough in the bowl again and let it rest on a warm place for another 30 minutes (until nearly doubled).

If the dough gets to wet or dry at any time, help yourself with more warm water or Olive oil as well as flour or semolina. 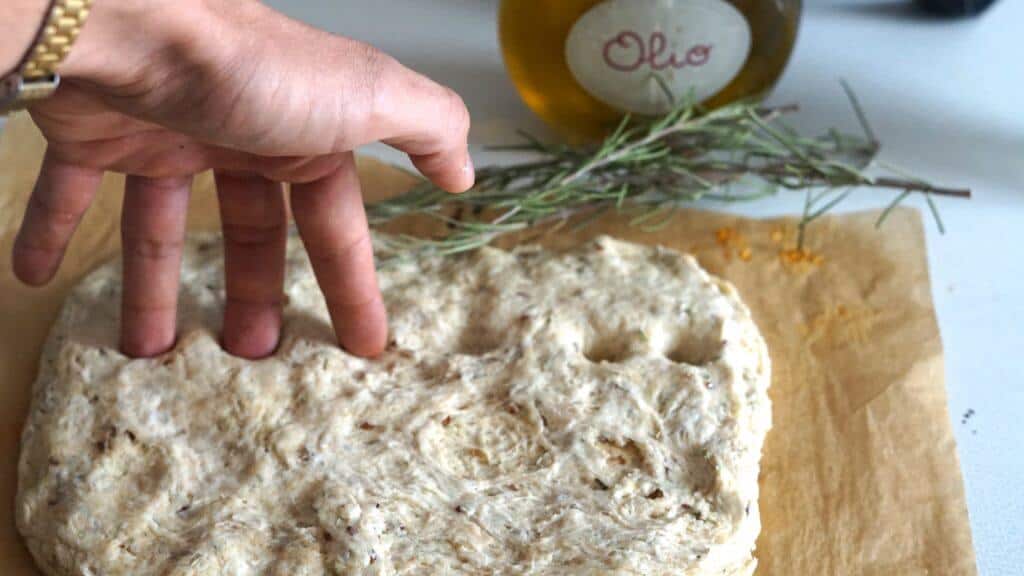 3. Take the dough out, roll it smoothly to your desired Focaccia Flatbread shape and make some holes into the dough (Use your fingers or the back end of a wooden utensil. Put the dough on a baking paper on a baking sheet, and let him rest again for final 5-10 minutes on a warm spot 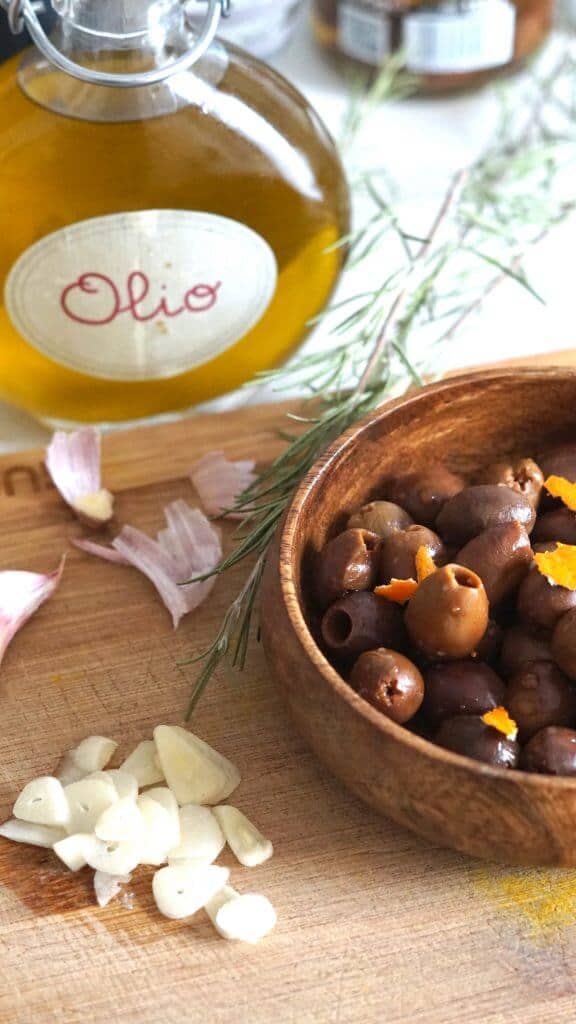 4. Finally start topping your Focaccia with the Olives (use the holes), garlic slices, rosemary, olive oil drizzled and some thick salt flakes/pepper if desired. 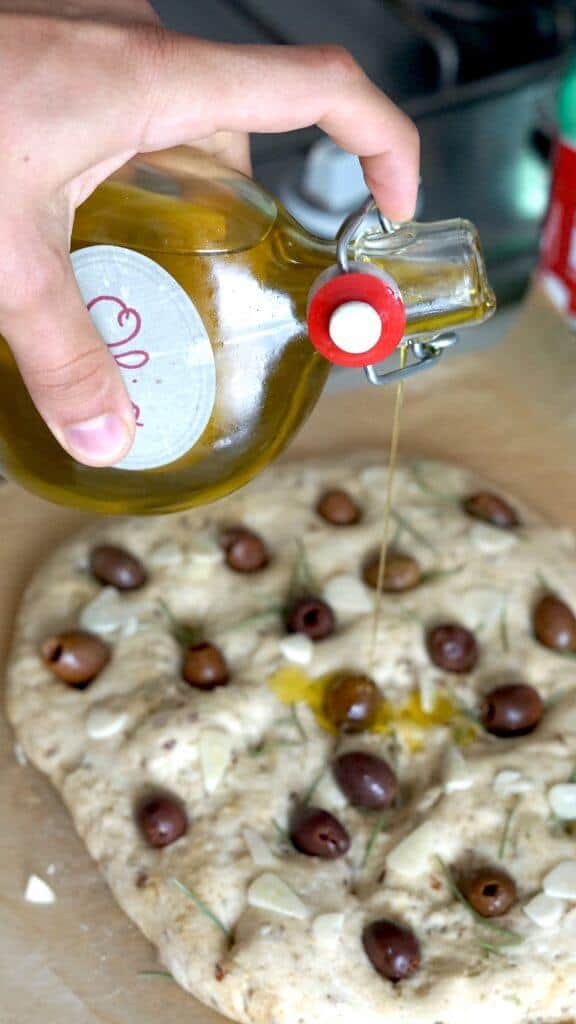 5. Bake the Focaccia for 15-20 minutes at 475 degrees F (245 degrees C). Check regularly if the crust gets nicely brown and not too dark. 5 Minutes before the end of baking top the Focaccia with the Zucchini-Flowers and additionally some nutritional-yeast/cashew mix (for vegans). Or some Fresh Pecorino Cheese as the final touch. 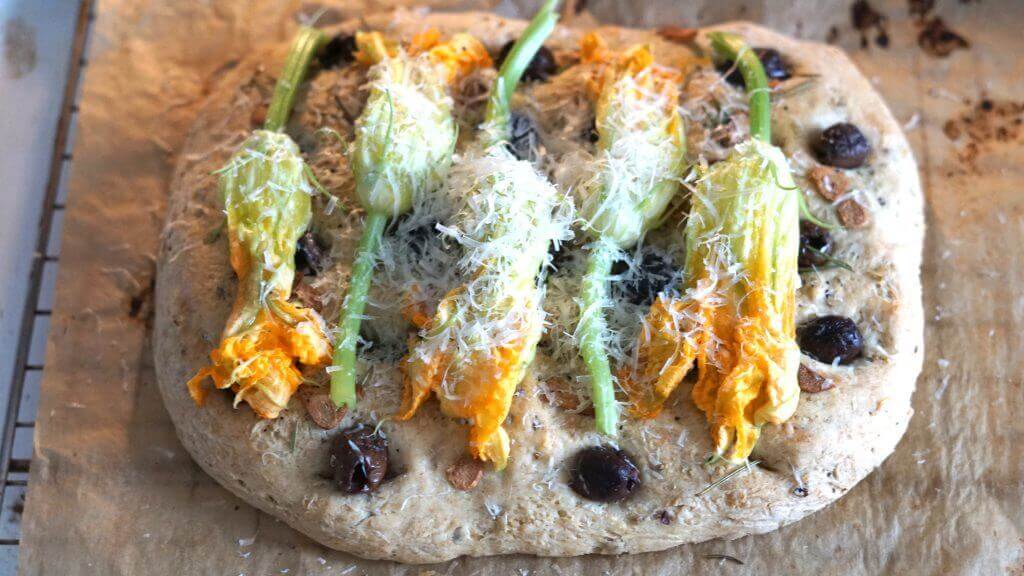 Your Kitchen will smell heavenly and if you close your eyes you will be transferred to the long lunch tables under the Cypress Trees in the middle of Castiglion Fibocchi, Tuscany. 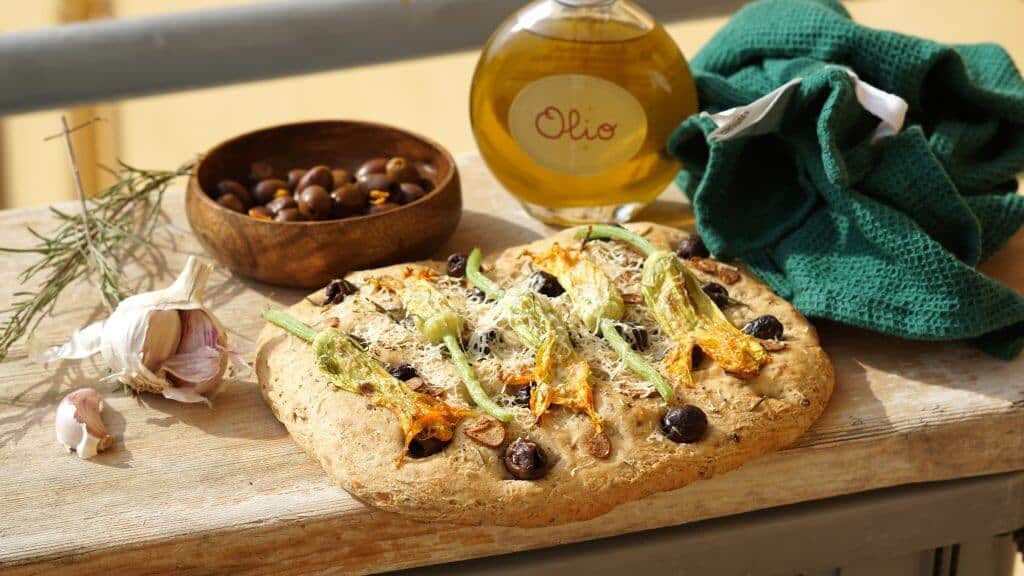 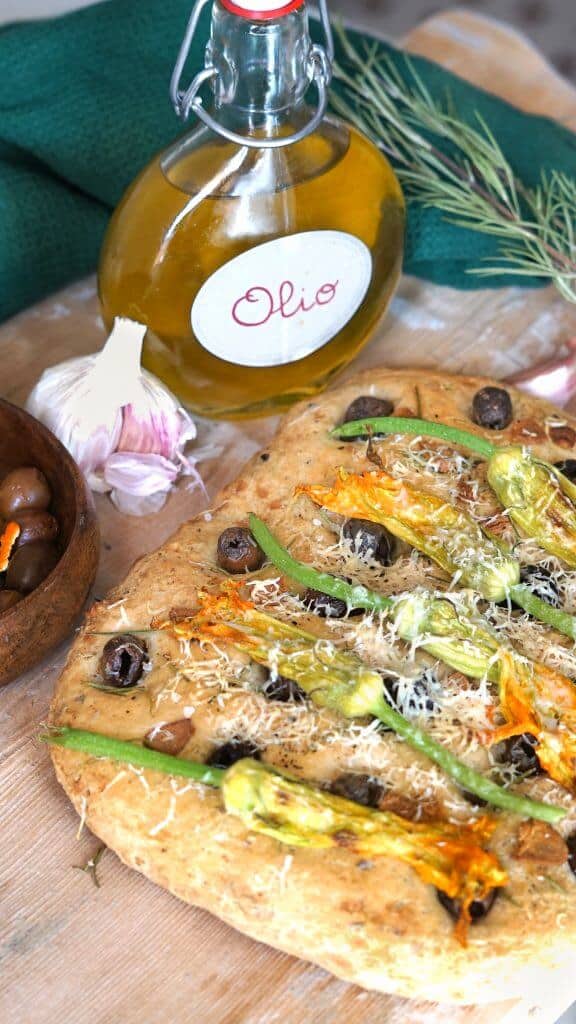