This traditional Swabian recipe exists for generations within my family. Nowadays it is quite uncommon to make hommade “Maultaschen” since very good convinience alternatives exist in the supermarkets all around. Still we wanted to share a vegetarian Swabian ravioli recipe with you to preserve this traditional foodproduct and how to make it.

If you have read about Swabian Spaetzle, you might remember the distinct history and tradition connected with that recipe. This dish also has a story behind its name that is worth being told.

If you look at a whole “pocket,” you can’t see what’s inside and you don’t know for sure what you are about to eat. It is said that this was an important fact for the monks of the Cistercian Monastery in Maulbronn.

The monks developed this meal to eat during various fasting periods, and hid the meat in the pocket’s dough so that God could not see their secret filling. I would describe this as a fairly clever idea, not without a big pinch of cheekiness.

Well, one has to admit that the idea of filling pasta dough with meat or vegetable isn’t completely new. Just think about Italian ravioli or tortellini.

If you then consider that religious refugees from Northern Italy were living in area surrounding the Maulbronn Monastery, it’s possible that they could in fact be of Italian origin.

There are different variations of how to serve them, and of course you are not bound to these ideas and can create your very own pocket dish however you like.

Serve the Swabian Ravioli with seasonal salad and one of our Truefoods Dressings for example: 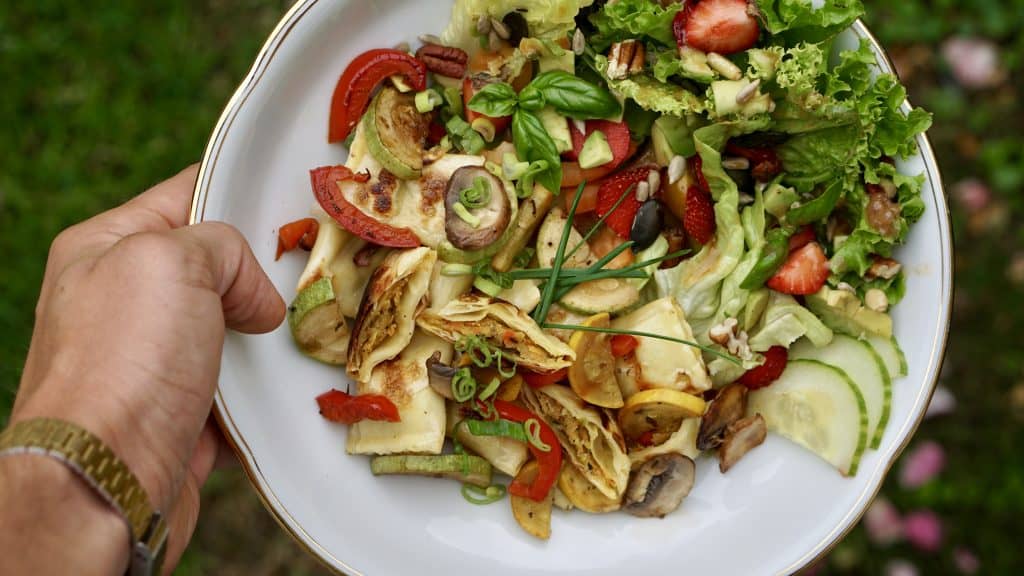